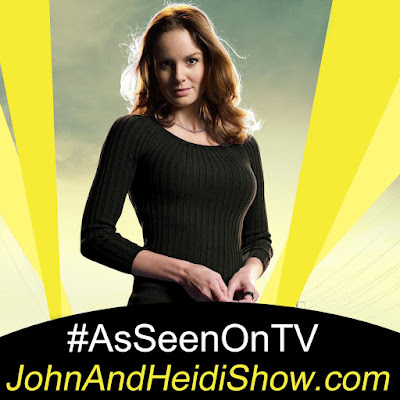 Actress-writer-director Sarah Wayne Callies is best known for starring in multiple hit television series. Most recently she could be seen in the NBC series Council Of Dads. Sarah become known to audiences for her portrayal of 'Sara Tancredi' in international hit Prison Break for Fox and followed that up with the even bigger hit, The Walking Dead. She then starred opposite Josh Holloway in the USA series Colony. She starred in the critically acclaimed NatGeo limited series, The Long Road Home based on the Martha Raddatz book of the same name. Sarah also recently starred in the Sundance TV/CBC limited series, Unspeakable. Sarah has taken the leap into directing having directed an episode of Unspeakable as well as an episode of the final season of Colony. As a writer, Sarah has several screenplays in development with various motion picture entities. As a film actress, Sarah has appeared in Giancarlo Esposito's This Is Your Death, starring opposite Josh Duhamel and Famke Jannsen, Warner Brothers' and Broken Road's geo-thriller, Into The Storm, Voltage Pictures' Pay The Ghost opposite Nicolas Cage, Black November opposite Mickey Rourke and Kim Basinger, and she was most recently seen in 20th Century Fox's The Other Side Of The Door. Continuing her passion for storytelling, Sarah is a producer and the voice of the new science fiction, post-apocalyptic podcast Aftershock. https://www.iheart.com/podcast/1119-aftershock-83996090/

A study says men gain a few pounds after they become fathers. The study looked at information from more than 10,000 U.S. men who were followed from their teen years until their mid-30s. About one-third of the men became fathers during the study period and upon entering fatherhood, men living with their children saw a 2.6 percent increase in their body mass index (BMI). The average weight gain was just over 4 pounds.

Two Florida men were arrested with more than $100,000 worth of cocaine along I-95. Christian S. Hernandez, 42, of Jacksonville, Florida, and Josua V. Morales, 42, of Tampa, Florida, were arrested and charged with conspiracy to traffic cocaine, two counts of trafficking cocaine and possession of drug paraphernalia. Hernandez was also charged with maintaining a vehicle for a controlled substance. The arrests come after the Robeson County Sheriff’s Office Highway Intervention Team made a traffic stop on I-95 North near mile-market 34. Officials seized more than 4.4 pounds of cocaine, U.S. currency, and drug paraphernalia. Deputies said the cocaine has a street value of more than $100,000. Hernandez and Morales are held in the Robeson County Detention Center on a $1 million bond. Anyone with information about any drug activity in Robeson County is asked to call the Robeson County Sheriff’s Office Drug Enforcement Division. (https://bit.ly/3eKeHEO)

Chucky the murderous doll will be back to doing what he does best in October, as revealed in an all-new trailer from Syfy. (https://bit.ly/2USYVAt)

A series of Cannabis lounges are opening in New York City. (https://bit.ly/2TAt1Iq)

An American Airlines passenger was hauled off a plane by police in New Orleans after she refused to wear a mask. This woman absolutely knew she was in the wrong, so she couldn’t even put up a fight. (https://bit.ly/3kWjXc8)

A high-speed chase that began in Fort Lauderdale ended an hour later in Hollywood, Florida with a car flipping upside down. (https://bit.ly/3j5NrSz)

In Romania, a man returned from a vacation to find out he lost his job at a wine-bottling company — because he had been declared dead. His bosses said it was a computer error and they were glad he wasn’t dead, but he couldn’t have his job back because they had already replaced him.

The New Lamborghini Huracan has a built in Amazon Alexa in its interior. (https://bit.ly/2TChcBC)

One man was once constipated for nearly two months. In 1965, 26-year-old Angus Barbieri, who weighed 456 pounds, was put on a fasting program. It wouldn't be ethical to conduct a study like this today, but at the time, things were different, allowing Barbieri's doctor, William Stewart, to experiment. On a strict regimen of multivitamins and minerals, Barbieri got his nutrients without eating a scrap of food, which resulted in nearly two months of constipation. By the end of the year, Barbieri was 180 pounds. (Note: Fasting to this degree is not recommended, as it can lead to serious health conditions.)

China has announced that it’s built the fastest train in history. (https://cnn.it/2W5f8Tr)

A Florida man said he’s no longer allowed to play his tuba at the beach. Derrick Nangle said beach patrol stopped him while he was cranking on tunes at Ft. Myers Beach. Nangle, a music therapy major at Florida Gulf Coast University, said he loves to play and called music the “absence of stress.” Roger Herndstadt, a town manager, told Nangle that playing his tuba violated the entertainment ordinance. Nangle wrote to the town council to ask the rules be changed, but Herdndstadt said unless that happens, officials can fine him for disobeying it, according to WBBH. (https://bit.ly/3wVqMwZ)

Two police officers and the driver were among five people hospitalized following a fight aboard a Boston school bus Friday. One officer was bitten and the other was kicked in the head by a student, suffering non-life-threatening injuries. The fight between three students began around 8:00 a.m. Friday in the city’s Jamaica Plain section, according to Boston police, as students from the McKinley School were being transported to a summer learning program at another school. According to the Boston Public Schools website, The McKinley School serves students with emotional, behavioral, and learning needs. Two other adults, including the bus driver, and one student were among those taken to the hospital. Their conditions were not known. “Violence of any kind is not tolerated in the Boston Public Schools,” said a school district’s statement. The statement also stated, “Our buses are an extension of our classrooms. The situation will be fully evaluated, appropriate support will be provided, and any disciplinary actions will be taken in accordance with the BPS Code of Conduct.” (https://bit.ly/3zyuajc)

How The Gift Of A Doll Forever Shaped A Young Girl's Life
https://www.sunnyskyz.com/good-news/