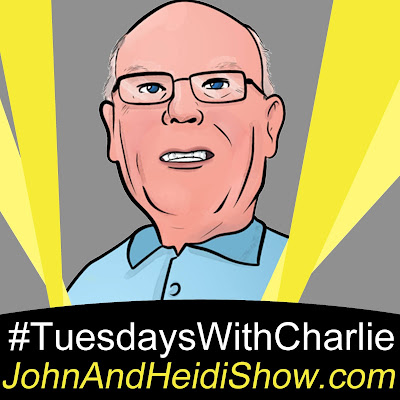 A study by the University of Oklahoma found that 62% of people in a long-term relationship admitted to having back burner relationships with their EXES during the pandemic.

Police responding to a 1:00 a.m. domestic disturbance found a Florida couple “covered in spaghetti” following a physical confrontation that resulted in the pair’s arrest on domestic battery charges. According to police, 45-year-old Stephanie Lannas and her boyfriend, 35-year-old Adolfo Rivera were eating dinner early Friday morning in their Clearwater home when a verbal argument turned violent. During the physical confrontation, police allege, Lannas and Rivera each shoved a plate of spaghetti in the other’s face. When a Clearwater Police Department cop arrived at the residence, the duo was “still covered in spaghetti upon officer’s arrival.” The mutual combat--for which alcohol was a factor--led to Lannas and Rivera each being arrested for domestic battery. They were booked into the county jail and released the following day on their own recognizance. Both Lannas and Rivera have pleaded not guilty to the misdemeanor count. A judge has allowed them to have contact while the case proceeds. Lannas was arrested in October 2020 for allegedly stabbing Rivera in the arm with a knife during a drunken confrontation. Prosecutors subsequently declined to pursue a felony aggravated battery case against Lannas, whose rap sheet includes multiple convictions for narcotics possession.(https://bit.ly/37gvn2e)

In a new episode of Disney's Muppet babies, the character Gonzo dresses as a princess to promote transgenderism. (https://bit.ly/3lt1Qek)

If you’re going to rob a place, make sure you have clean socks on. A Russian burglar put socks on his hands to avoid leaving fingerprints at a jewelry store. He was caught only a few hours later. Police believe their dog tracked him down from the smell of the stinky socks that were stuffed in his pockets.

Some days big city traffic can be a nightmare. Other days, it can be a zoo — literally. A cow and an alligator caused traffic delays in Houston on Wednesday during separate incidents. At around 8AM, the cow was spotted moving along Interstate 10 in east Houston, stopping traffic during morning rush hour. A sheriff office’s livestock unit arrived at the scene and was able to get the cow to a nearby cemetery, where it was loaded onto a trailer and reunited with its owners. The cow had escaped from a nearby farm. A few hours later, a not fast but furious alligator parked itself on the shoulder of a busy bridge near a Houston suburb. At least one lane of traffic was blocked as several officers, including members of the Texas Parks and Wildlife Department, placed a rope around the reptile’s neck. After the alligator wrestled and spun on the ground, officers held it down as its mouth was taped shut. The alligator was put in the back of a truck and was taken to a nearby waterway, where it was released.

Feuds between neighbors have existed since the beginning of neighbors. However, one angry neighbor decided to do the wildest, and perhaps most disgusting, thing to get back at their neighbor: build a poop wall. Two Lodi Township, Michigan, neighbors got into a dispute about about where the property line fell, and rather than coming to an agreement, staking a line, building a fence, whatever… it took a turn for the smelly. One of the neighbors created a 250-foot long fence — out of cow poop. As bad as this situation is, local officials said they can’t do anything about it, because the poop fence is on the guy’s property.

Bill Gates has donated nearly half his fortune. Microsoft founder Bill Gates encourages the Giving Pledge, a notion that, if you are fortunate enough, you should be giving 50 percent of your wealth to those who need it most. As of 2013, he has donated $28 billion and has saved around 6 million lives by bringing vaccines and better healthcare to people worldwide.

Singapore has been sending teams of enforcement officers into people’s homes — without warrants or warning — to check they are abiding by social-distancing rules that only allow two visitors. (https://bit.ly/2TPTlhN)

A fingerprint on a demand note led to the capture of a Missouri bank robbery suspect who had been previously sentenced to life in prison. 59-year-old Donnell Starks was charged with first-degree robbery Wednesday in a July 21st heist at Midwest Bank in Chesterfield, where he allegedly handed a teller a handwritten demand note. "Put money in this bag," Starks’ note read, Chesterfield police Det. Clayton McGee wrote in court papers. Starks — who was on parole after being convicted in a St. Louis robbery in 1988 — was carrying a Gucci bag and told a teller to hurry up or else he would shoot one of her colleagues, McGee said. The teller complied with Starks’ demand and put cash into the Gucci bag before he grabbed more money from another teller and fled. He also put his hand to his waistband, indicating he had a gun. Investigators later recovered a fingerprint on the demand note that matched Starks, whose data had been on file following the 1988 conviction in which he was sentenced to life behind bars. Police took Starks into custody after the fingerprint match and he allowed cops to search his cellphone. Chesterfield police said the device indicated that he was in the area of the bank when it was held up. (https://fxn.ws/2Vp54EF)

A man jumped over a gate of the Range of the Jaguar exhibit at Jacksonville Zoo and Gardens on Wednesday afternoon and stuck his hand into the pen was clawed by one of the big cats, employees and witnesses told News4Jax. Jacksonville Fire-Rescue said the man, who was described as in his 20s, was taken to a hospital with non-life-threatening injuries. One witness said the man was egging on the jaguars in the exhibit before jumping the barrier. Another said she saw employees cleaning up a trail of blood while the man was taken out with his arm bandaged. “This is an individual that wasn’t using his head,” deputy zoo director Dan Maloney said. “He stuck his hand in through the mesh that separates the jaguars from the outside.” Maloney said if the jaguar had been able to latch on, “it would have been a very different story.” The zoo said this is the only time anyone has been injured in the 11 years since the jaguar exhibit opened at the zoo and emphasized that it is safe for zoogoers who don’t jump over fences and engage the animals. (https://bit.ly/3rONZjC)

Dog Missing For 2 Years Reunited With Family After Being Spotted On TV
https://www.sunnyskyz.com/good-news/