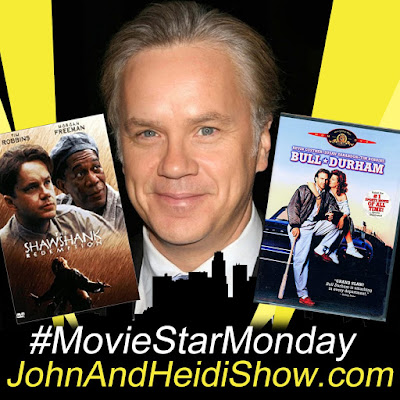 Tim is hosting a live virtual production of “We Live On”. Tickets are available online at www.TheActorsGang.com

A new survey shows that only half of adults actually know what “carbon footprint” means. The same survey, which asked 2,000 people about their attitudes toward climate change, discovered that three-quarters of respondents agree climate change is an existential threat to future generations.(https://bit.ly/3iieGdk)

An overwhelming majority of U.S. employees who are currently working from home because of the COVID-19 pandemic don’t want to return to the office full-time. According to a survey (by people management platform Hibob), only 10 percent of employees surveyed want to go back to brick-and-mortar offices. 73 percent of managers polled said two or three days in the office and the rest working from home would be the preferred hybrid work model.

Sheriff Deputies had a significant bust after stopping an ATV in Bidwell, Springfield Township. According to the sheriff on the morning of August 2nd, 2021 deputies performed a traffic stop on an ATV which was being operated in Bidwell. During the course of the traffic stop, the deputy was able to seize a large amount of what appears to be methamphetamine and heroin from the only rider of the vehicle. Along with the narcotics, the deputy seized a large quantity of cash, which is believed to be the proceeds of trafficking in narcotics, and a loaded semi-automatic handgun. Taken into custody at the scene was 31-year-old Aaron A. Cordell of Bidwell, Ohio. Mr. Cordell has been incarcerated in the Gallia County Jail and charged with possession of narcotics and possession of a firearm while under disability. Further charges could be added as the investigation continues. (https://bit.ly/3ilRvyQ)

On Paris Hilton’s new Netflix show, “Cooking with Paris,” the heiress whips up meals with various celeb friends such as Kim Kardashian, Demi Lovato, and Saweetie, and reveals that the kitchen is “not her natural environment.” Throughout the six episodes, Paris is seen cooking in designer frocks, high heels, and fingerless gloves. (https://bit.ly/37gRJkf)

The hair and makeup professional for Lily James, who is playing Pamela Anderson in the new Hulu miniseries “Pam & Tommy,” has said that it took 3 to 5 hours daily to make James look like Pam. The British actress really does have an uncanny resemblance to a young Pam Anderson. (https://bit.ly/3CdIpMv)

Italian sprinter Lamon Marcell Jacobs is now the fastest man in the world after winning the men's 100-meter sprint in an upset. (https://bit.ly/3ydg5ax)

According to a new investigation into the origins of COVID-19, the virus leaked from the Wuhan lab sometime before September 12, 2019 — with China’s Communist Party keeping it under wraps in the “greatest coverup of all time.” The report showed “a preponderance of the evidence proves that all roads lead” to the Wuhan Institute of Virology, the bat-research lab already eyed as a source for the pandemic. (https://bit.ly/3ifZ75S)

A marine expedition has found a look-alike duo of Spongebob Squarepants and Patrick Star hanging out together in the Atlantic Ocean. (https://bit.ly/2TPPdOO)

Crows holds grudges. In 2010, researchers in Seattle found that formerly captured crows were able to remember the face of their abductor even years after the incident. Once they identified the suspect in question, they would threaten them by diving down and swarming the person that they had felt threatened by years before.

A skinnier Kim Jong Un was pictured in a baggy gray pinstripe suit when he greeted commanders and political officers of the Korean People’s Army in Pyongyang. South Korea’s National Intelligence Service has estimated that North Korea’s formerly corpulent dictator has lost up to 44 pounds. (https://bit.ly/3fj5rYb)

A New Jersey woman stole an oil tanker truck and took it on an eight-hour joyride, in which she escaped several police chases and caused several crashes. 44-year-old Camille Wescott allegedly stole the Taylor Oil truck in Bellmawr at 12:30 p.m. Saturday — and wasn’t arrested until 8:30 that night in Wildwood, 80 miles away on the Jersey Shore. During her alleged hours-long joyride, the Lawnside woman was “involved in several motor vehicle accidents in several different jurisdictions,” the force said. She’d also proven too slippery to catch in the stolen oil truck, having been “involved in several vehicle pursuits with several different law enforcement agencies” throughout the day. At least one included state troopers who followed the truck after GPS pinned it to a trailer park in Upper Pittsgrove. Most of the pursuits were broken off for safety reasons. Wescott’s wild ride came to a crude end — with police forcing their way inside the locked cab after getting calls of an “erratic driver” trying to fill up with gas at a Wawa in Wildwood. She was charged with receiving stolen property, obstruction of justice, and resisting arrest and was turned over to Bellmawr police. (https://bit.ly/2VguFiT)

Authorities say a man broke into a series of ice cream shops, was arrested, and then did it again even though he was wearing an electronic tether. The break-ins happened between July 22nd and July 30th. In all, eleven ice cream shops in Grand Rapids, Grandville, Walker and Wyoming, as well as elsewhere in Kent County and in Allegan County were hit. At the same time the Dairy De-lite on West River Drive in Comstock Park was ripped off overnight from July 23rd to July 24th, a sheriff’s deputy on patrol noticed a running but empty car in the area. A few days later, on July 26th, another deputy arrested the driver of that car, 25-year-old Cameron Harris, on outstanding warrants. Harris was released Thursday with an electronic tether. After that, authorities say, three more ice cream hops were hit, all on Friday night: Dairy Ranch, Frosty Boy, and the Jamnbean Coffee. A detective then checked Harris’ tether and found that it put him at the ice cream shops at the same time of the break-ins. Harris was arrested again later July 30th at the Red Roof Inn in Cascade Township. Harris was arraigned on three counts of breaking and entering with intent.(https://bit.ly/2VdKjfs)

People Helped A Stranded Orca Stay Hydrated Until The Tide Came In
https://www.sunnyskyz.com/good-news/