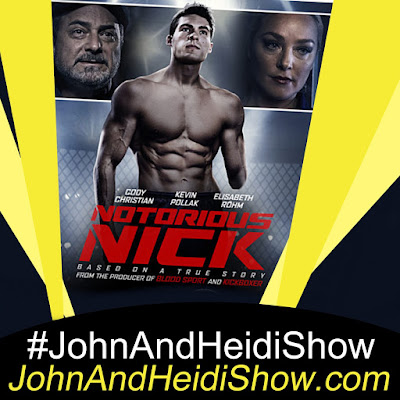 People are split on how to settle the restaurant bill after a meal with friends and family. A study of 2,000 diners revealed 34 percent believe you should split the bill straight down the middle including the tip, while 36 percent believe it should be split precisely based on who has had what. No word on what the other 30 percent believe. Nearly half (43 percent) of people say they feel awkward when it comes to approaching how to pay when they eat out.

62% ADMITTED to hooking up with their ex during the pandemic. (https://bit.ly/3xjBFZw)

A Japanese woman was charged with animal cruelty after police found her pet dog drunk. Police were called to the woman’s apartment by neighbors who claimed she regularly gave the dog beer during drinking sessions. Police carried out tests on both the woman and her dog and found both had high levels of alcohol in their bloodstreams.

Viewership for the Tokyo Olympics is down 42% from the Rio Games. (https://bit.ly/3zZwXlK)

Dev Patel is starring in a story from the era of King Arthur and the Knights of the Round Table called “The Green Knight.” (https://n.pr/3l5XNnX)


The Rock is starring in Disney’s “Jungle Cruise,” based on a Disneyland theme park ride. Specifically, the movie is based on a theme park ride where a small riverboat takes a group of travelers through a jungle filled with dangerous animals and reptiles. (https://bit.ly/3ibUtpy)

A new study claims only half of American households donate to charity.(https://bit.ly/3BQrAqM)

Hundreds of bars in San Francisco will begin requiring proof of vaccination or a negative COVID-19 test result from patrons who want to eat or drink inside. (https://bit.ly/3i5d5XX)

Organizers for Lollapalooza have announced indoor mask mandates for the Chicago Festival. (https://bit.ly/2V5ZtTY)

A video has gone viral of a Turkish Herder giving his goats stylish haircuts. Some of them are cool looking. (https://bit.ly/2VcluAn)

There may be 2,000 active serial killers in the U.S. right now. Thomas Hargrove has been archiving homicides for years through his Murder Accountability Project. Through his experience, he came up with an algorithm that found patterns in recent unsolved murders linked to at least one other murder through DNA. This allowed him to estimate the number of unsolved cases in the U.S. at any given time. According to The New Yorker, he believes that the number of active serial killers in the U.S. is around 2,000.

Police in Russia raided the home of the chief editor of an investigative news site that was recently designated as a “foreign agent.” (https://fxn.ws/3rEGhbA)

A Wisconsin woman has sued food giant Kraft Heinz, saying the packaging of its Bagel Bites Pizza Snacks amounts to fraud. Kaitlyn Huber’s federal lawsuit says a box featuring the Real Dairy seal, and the large type announcing mozzarella cheese and tomato sauce, are “false, deceptive and misleading.” The suit, which seeks class-action status on behalf of anyone who bought the bites in Wisconsin, asks the court to make Kraft Heinz correct its packaging and for unspecified damages. The suit states: “Wisconsin consumers want real mozzarella cheese in pizza because they value (1) its soft, moist texture, (2) its milky, yet tangy taste and (3) its high protein and relatively low calories and sodium compared to other cheeses.” The suggestion that Bagel Bites Pizza Snacks are made with tomato sauce is also bogus, according to Huber’s suit. Huber’s lawsuit claims Wisconsin and federal regulations require any purported mozzarella that contains added food starch — in place of milk — to be labeled as imitation mozzarella cheese. A spokesperson for Kraft Heinz said the company did not have any comment about Huber’s lawsuit. In a court filing in a very similar suit filed in New York earlier this year, lawyers for Heinz Kraft argued that because some mozzarella is used in the “cheese blend” cited as an ingredient in Bagel Bites, it is not “imitation” mozzarella under federal law.

Live snails, fresh leaves, and a quarter-pound of beef were found this month - not on a plate or grocery store but inside luggage at a Texas airport. A passenger arriving from Nigeria initially disclosed the dried beef in her suitcase, before adding 15 giant African land snails to her declaration. The snails, which were handed over to the US Department of Agriculture (USDA), can cause meningitis in humans. Giant African land snails are illegal to own in the U.S. without a permit, as they are among the most damaging snails in the world. They are native to West Africa, where they are considered a delicacy. But they're also known to carry a parasite with a rather menacing name: rat lungworm. This parasite can cause meningitis, an inflammatory illness that affects the brain and spinal cord. More than 2,800 cases of the disease have been reported across 30 countries, according to the US Centers for Disease Control and Prevention (CDC). In most cases, infected people have mild symptoms, like headaches, a stiff neck, and nausea - or no symptoms at all. The 15 giant snails were seized by border agents. (https://bbc.in/3i7nGlw)

At 70, She Was Huffing And Puffing Up Stairs. Now, At 75, She's Inspiring Millions
https://www.sunnyskyz.com/good-news/