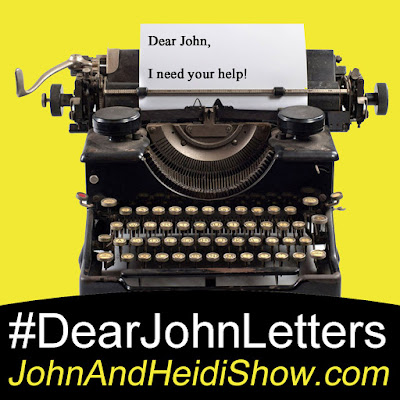 My son is home for the summer. He goes for a run each morning last week he asked me if I'd like to join him. I decided that would be a fun way to start the day. Let's forget that I'm much older and can't keep up. That's a whole different letter. Today I'm going to ask your opinion. My son took me on his regular route and it runs right through a cemetery. Is it OK for runners to run through a cemetery? I told him I thought it seemed a little disrespectful. He said there were never any people there at that early hour. So he's not running through a funeral or anything, but it still seemed very weird to me. What do you think? Should he find an alternate route that does not include the cemetery?

INFO I FOUND ONLINE
Recently, Ben Kaplan, who oversees iRun.ca, an online running community and magazine, decided to poll the group’s members. Although a majority expressed support for cemetery runs, there was a solid block of holdouts, many of whom used the word “disrespectful.” Many runners say running through a cemetery makes them grateful for the life and health they have. One runner said as she enters a cemetery she says a little prayer of gratitude. However, cemeteries are private spaces with people having private moments. One runner asked a friend about the topic and they replied that when someone goes by “huffing and puffing” it messes with his visitation.

A new study is revealing there may have been an even more devastating pandemic to come out of 2020 than COVID-19 — loneliness. Since the start of the pandemic, 67 percent of Americans say they feel more alone than ever before. The poll of 2,003 Americans also finds 55 percent feel like they’ve completely lost their sense of community over the past year. Maintaining friendships and relationships can take a lot of energy. Since COVID-19 hit, 58 percent of respondents say they just can’t keep up with everybody anymore. As people began feeling more and more isolated over the past year, researchers find Americans turned to the internet for a source of comfort and community.

Cops were called to an apartment in Spain over a noise disturbance — only to find a home-alone cat had turned a stereo on and way up with its paw. Police went to the apartment building in Lugo after residents called to complain that someone was blasting music and keeping them awake. But they quickly spotted the party animal lapping up the beats while his owner was out of town. “His cat that was left in the house since he has the habit of turning on the musical equipment with the paw and [moving] the volume wheel,” cops said. According to local media outlet El Progresso de Lugo, the unnamed guy, who lives in the Ronda das Fontiñas complex, returned home to take care of his curious kitty problem. (https://bit.ly/3xcJ2lx)

Matt Damon is starring in “Stillwater” as a father who travels from Oklahoma to France to rescue his daughter from a French prison. (https://wbur.fm/3zQ3omk)

Candace Cameron Bure issued an apology to her Instagram followers after a video she thought showed the power of the Holy Spirit was mistaken as “seductive” and “weird.” (https://fxn.ws/3rO0Cv9)


A video has gone viral of a Mexican man screaming wildly as a nurse gives him the COVID vaccine in the city of Chihuahua. (https://bit.ly/3xieVJt)

USA Track and Field held a “Diaper Dandies” race in which toddlers competed in a track race. (https://yhoo.it/3BTr8I2)

K-POP star Kris Wu is being detained in Beijing over sexual assault allegations. Wu is accused of luring a 17-year-old girl into sexual relations. https://pge.sx/3yoPQOE

A California city will begin serving vegan food in its prisons. (https://bit.ly/3jibNrY)

Ants have a built-in FitBit. While previous research found that ants use visual cues, a 2007 study discovered that desert ants have an internal pedometer that helps them keep track of their travels and find their way back home.

New Zealand has been named the best place to survive a global societal collapse.(https://bit.ly/376T8Kb)

This is not what comes to mind when you hear that an inmate was repeatedly shanked. A Missouri corrections officer named Haven Shank has been arrested for allegedly having sex on multiple occasions with a male offender, a relationship that apparently has left the defendant pregnant. 26-year-old Shank was charged this month with a felony for engaging in sexual contact with a prisoner. During an interview with a Department of Corrections investigator, the inmate, Jeron Ward, said that he had sex with Shank “on approximately five separate occasions.” Ward also said that he placed calls to Shank. In one conversation, according to a probable cause statement, Shank asked Ward “if he picked a name for Haven Shank’s unborn child.” The pair’s sexual encounters allegedly spanned several months and ended earlier this year. Shank spent several days in custody prior to her release on her own recognizance following her July 21 arraignment. A Circuit Court judge has ordered Shank to have no contact with Ward. (https://bit.ly/375Oufn)

A mother has been blasted online after revealing she made a roadblock to force drivers to stop at her children's lemonade stand after multiple people drove straight past. A screenshot of the mother's post has been doing the rounds on the internet, with people branding the woman “entitled” due to her actions. In the initial post, the woman said how her children had set up a lemonade stand and were trying to sell their wares - but cars were driving straight past the stall. The mother then took matters into her own hands and created a 'barricade' in the road - which meant the drivers had to stop by the stand. A screenshot of the Facebook post has been shared on Reddit, where internet users were quick to question the woman's actions. One person said, “I’m sorry, she barricaded the street to force cars to stop next to her kids' lemonade stand and expected a good reaction?” And another added “I'm pretty sure that's illegal.” (https://bit.ly/3kZSer9)

A Woman With Special Needs Wanted To Be A Cook, So This Restaurant Made It Happen
https://www.sunnyskyz.com/good-news