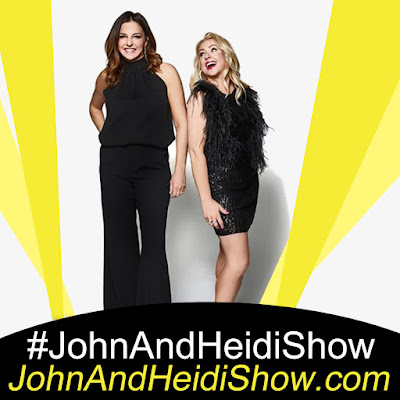 National Walk to a Park Day

A new study says not eating fruits and vegetables can cause problems for kids at home. (https://bit.ly/39MWSSm)

James Kertz needs to work on his photo composition. The 38-year-old Missouri man sought this week to sell new catalytic converters via a post on Facebook Marketplace. Kertz included a photo of the boxed auto parts up for sale. What Kertz did not realize was the image also showed a large bag of methamphetamine and a syringe on a table in the photo’s background. After a Facebook user tipped cops to the photo, investigators Wednesday searched Kertz’s residence in Reed Springs, a city outside Branson, and seized meth and a .38 caliber Taurus pistol (which he is barred from possessing due to prior felony convictions). During police questioning, Kertz said that he was unaware that the meth and syringe were in the Facebook photo. Charged with drug trafficking and unlawful possession of a weapon, Kertz is locked up without bond in the Stone County jail. His rap sheet includes convictions for endangering the welfare of a child; narcotics distribution; property damage; narcotics possession; violating an order of protection; domestic assault; witness tampering; and resisting arrest. (https://bit.ly/3Bad2S6)

Actor William Shatner is set to blast off into outer space on Jeff Bezos’ Blue Origin rocket and become the oldest person ever in space. (https://bit.ly/3kPocpo)

A superstar Russian actress will be flown to the ISS to film a movie in space. (https://bit.ly/3a3JJ7T)

A video of some bears in North Carolina playing on a playground has gone viral. (https://bit.ly/3EVBwR8)

A massive comet that's as large as a small planet is barreling towards our solar system. (https://bit.ly/3a350OY)

Scientists say the moon is moving farther apart from the Earth. (https://bit.ly/3il7Y5T)

Restaurant owners around the globe are telling customers “Don’t take it out on us!” as some are facing abuse over vaccine passports. (https://bit.ly/3ofQBas)

Harvard is moving its first year MBA students to online only. (https://bloom.bg/39JfG4S)

Cut in half, a hailstone has rings like an onion.

The President of South Korea is proposing a ban on dog meat.

An Ocoee man has been sentenced to six years and five months in federal prison for aggravated identity theft and wire fraud. 51-year-old Michael Todd Watters created around 35 counterfeit driver’s licenses that victimized current and former local, state, and federal legislators. U.S. District Judge Gregory A. Presnell sentenced Watters after multiple agencies discovered that he used the counterfeit IDs to present nearly 265 counterfeit checks as payment at various Orlando stores between Dec. 2018 and May 2019. The affected businesses incurred a total loss of $53,156.43, the release states. He previously faced 22 charges of identity fraud in which his victims included professional athletes and celebrities, according to the Florida Department of Law Enforcement. This case was investigated by multiple agencies, including the United States Secret Service, the Florida Department of Law Enforcement, and the Winter Garden Police Department. (https://bit.ly/3kPSxEf)

The Floyd County Sheriff’s Office is asking for the public’s help in searching for a man they say may have committed arson. Representatives say that Tobias Steven Cohner Fuller is wanted in connection with an arson, aggravated assault, and cruelty to children investigation. Officials did not release any information on Fuller’s alleged crimes, but say they have received reports that he is still attempting to hurt people. Deputies have not released a description of Fuller aside from his various tattoos on his face, which they hope will help the public identify him. Anyone who sees him or knows where he may should call 9-1-1. (https://bit.ly/3zWfwlo)

Two Moms Realized Their Daughters Were Switched At Birth, So They Raised Them Together https://www.sunnyskyz.com/good-news