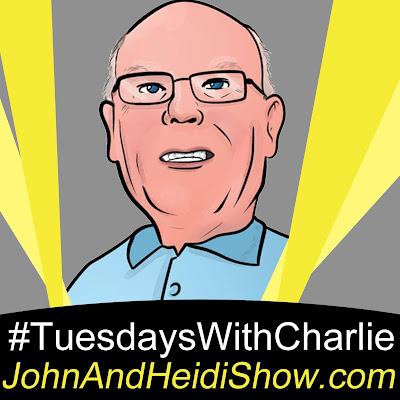 According to a new survey, 43% of credit card holders only pay the minimum amount owed each month. Nearly three in five people say that one of the toughest parts of becoming an adult was learning about how credit works (58%).(https://bit.ly/3BXVA3B)

A new study finds men with high testosterone are more likely to cheat on their partners. (https://bit.ly/3BYFwhR)

Authorities say when they arrived to four-feet high flames in a Brevard County roadway, they found a man holding a sword and drinking alcohol. Deputies say they were on active patrol when they spotted the flames in Titusville around 2:12 a.m. on Thursday. According to police, the fire was in front of a man’s home who they visited around five times in the past six months for illegal burns. Officials say the fires ranged from being on the sidewalk to taking up the entire street. Officials say when they went to speak with suspect Scott Taylor he was sitting in his front yard holding a sword in his hand and had a knife in his waistband. Police say he was also actively drinking in front of them then began chugging from a half-gallon-sized Captain Morgan spiced rum. Authorities say he dropped the knife and sword when asked but could not provide an answer as to why he started a fire in the roadway. He was arrested and taken to the Titusville Police Department. Police say while the man was in a holding cell he intentionally broke a fire sprinkler head, causing water to flood the cell and booking room. The man was eventually transferred to the Brevard County Jail. He faces charges of intentional or reckless burning of lands and felony criminal mischief. (https://bit.ly/3lCl1lD)

Travis Barker and Kourtney Kardashian are engaged after dating for nine months. (https://pge.sx/3penBAo)

Greta Thunberg “Rickrolled” a climate concert in Sweden — belting out Rick Astley’s “Never Gonna Give You Up” in front of a screaming crowd of teenagers.(https://bit.ly/30zX5qF)

Elon Musk has pioneered almost self-driving cars driven by Artificial Intelligence, as well as a computer interface controlled by the human brain, but Mercedes has gone one better and combined both of those ideas into a revolutionary new concept car. The Mercedes Vision AVTR is a demonstration platform for some wildly futuristic ideas that you might see cropping up in the German car manufacturer’s next-gen vehicles in a few years' time. Instead of getting distracted by dashboard controls, Mercedes' designers envision a future where drivers can adjust the radio, AC, and maybe even one day the navigation by just thinking about them. To pull off this high-tech magic, the driver needs to wear a helmet with electrodes that detect brain activity and translate it into impulses that relate to different aspects of the car’s control system.

Residents of San Francisco are complaining that a fleet of self-driving cars has been mysteriously pulling into the same dead-end road for no reason at all hours of the day. (https://bit.ly/3G2gL6T)

A study found that orcas can learn to speak dolphin.

A new wax figure of Queen Elizabeth was brought into Madam Tussaud's to replace an old one from 2012. The artist says it's remarkable how Elizabeth looks exactly the same today as she did back then. (https://bit.ly/3vq6lcA)

First comes the trial, then comes marriage. A Pennsylvania man facing trial for murder made an unusual request by asking his judge to also officiate his wedding. Kashawn Flowers’ attorney asked York County Judge Harry Ness on Tuesday whether he would be willing to marry the defendant and his girlfriend. Prosecutors did not object and neither did the judge — but he said that the wedding would need to be on hold until after the trial. “We’ll take care of it next week,” Ness said. Flowers’ attorney Brian Perry said it was the first time he had ever made such a request. Flowers, who is believed to be a member of the South Side gang, faces charges for allegedly gunning down a rival in York in August 2014. “Flowers advised that he saw the victim walking alone and asked him what side he was from and the victim eventually said he (was) from out west,” authorities wrote in a criminal complaint. “The associate knew about the beef between the South Side and the West Side. Flowers admitted to shooting the victim in the head and said he was happy about it.” Flowers remains held in the county jail without bail. (https://bit.ly/2XdBIub)

A 23-year-old Idaho Falls man was arrested Thursday when he called the police department in an attempt to retrieve the handgun he is suspected of using to shoot someone in August. On the night of August 13th, witnesses told police they saw someone pull out a gun and shoot someone during an argument in a group of people. Witnesses believed it was Christian Sanchez that did the shooting. When Sanchez was questioned, he denied involvement in the incident. Sanchez as brought into custody on a felony aggravated assault with a deadly weapon charge. Police obtained a video posted to social media in which 23-year-old Nikolaus Garcia took credit for the shooting. When questioned, Sanchez confirmed he was with Garcia but Garcia had not shot anyone. Through further investigation, police were able to determine that Garcia was in fact the prime suspect and likely the shooter. On Thursday, the Idaho Falls Police Department answered a call from Garcia who wanted to come to the station and pick up his firearm that had been seized as evidence. Police invited him to come to the station. Detectives patrolled the walkway they believed Garcia would take, arresting him without incident. He was taken to Bonneville County Jail on felony aggravated battery with use of a deadly weapon. Sanchez had his charges amended to felony accessory to aggravated battery. The victim of the shooting received treatment and was released from the hospital.(https://bit.ly/3p5WS9d)