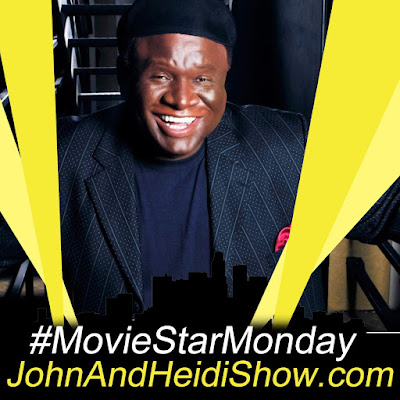 Today we have a #ComedyCall with the hilarious comic George Wallace. https://georgewallace.net/

A man who “appeared to be under the influence” drove a pick-up truck into Harvard Yard, nearly striking several students before crashing into the edge of Lamont Library. Brianna C. Turner ’23 said she was walking by Widener Library in a rush to get to a meeting at roughly 9 :00p.m. when she heard screams in front of her. “There were headlights coming toward me, quickly,” Turner said. “So I ran up into the grassy area right next to Widener and this green truck drove past me.” Though she was physically unharmed, Turner said she was “rattled" by the event. Alexandria R. King ’24 said she was walking along Massachusetts Ave. when she heard a loud clang from across the street. King recalled seeing a truck in the Yard. “I was like, ‘well, that's weird, cars aren't supposed to be over there,’” she said. “Within a minute, [Harvard University Police Department] pulls up, and you can see the truck in the corner over where Lamont and Wigglesworth meet, there's just an empty truck,” she added. She also noted that she saw a HUPD officer run up the Lamont steps, chasing the driver who fled the vehicle. The driver, who is unaffiliated with Harvard, was arrested for trespassing and “several motor vehicle driving offenses.” (https://bit.ly/3wQLMqf)

On Sunday Adele orchestrated a surprise marriage proposal on stage during her concert in Los Angeles. (https://bit.ly/31XVETG)

A Manhattan jury decided that Jay-Z shouldn’t have to pay up in a $68 million lawsuit accusing him of failing to uphold his end of a deal to promote his eponymous fragrance. The jury found that damages shouldn’t be paid on either side of the dispute between the 51-year-old rapper and perfume company Parlux over allegations that Jay-Z breached a 2012 contract in failing to promote cologne “Gold Jay Z.” (https://bit.ly/30fp9iR)

Cell phone video shows a woman trespassing in the lions' den of the Bronx Zoo in New York City. (https://bit.ly/3DmvVCc)

Arby’s is now selling a Curly and Crinkle Fries- Flavored Vodka. Each bottle is infused with Arby’s fry flavors like cayenne, paprika, onion, and garlic.(https://fxn.ws/3ojT1Dp)

A Florida man was arrested for setting his mom’s house on fire while reportedly trying to clear cobwebs with a blowtorch. (https://abcn.ws/3wQhYdv)

Portugal has enacted a law that bans employers from texting their employees during off-work hours. (https://bit.ly/3n50FCg)

Two California couples gave birth to each other’s' babies after a mix-up at a fertility clinic and spent months raising children that weren't theirs before swapping the infants, according to a lawsuit filed Monday in Los Angeles. Daphna Cardinale said she and her husband, Alexander, had immediate suspicions that the girl she gave birth to in late 2019 wasn't theirs because the child had a darker complexion than they do. They suppressed their doubts because they fell in love with the baby and trusted the in vitro fertilization process and their doctors, Daphna said. Learning months later that she had been pregnant with another couple's baby, and that another woman had been carrying her child, caused enduring trauma, she said. “I was overwhelmed by feelings of fear, betrayal, anger and heartbreak,” Daphna said during a news conference with her husband announcing the lawsuit. The Cardinales' complaint accuses the Los Angeles-based California Center for Reproductive Health (CCRH) and its owner, Dr. Eliran Mor, of medical malpractice, breach of contract, negligence and fraud. It demands a jury trial and seeks unspecified damages. The two other parents involved in the alleged mix-up wish to remain anonymous and plan a similar lawsuit in the coming days, according to attorney Adam Wolf, who represents all four parents. (https://bit.ly/31Lmyy9)

Police in Ramsgate, U.K. pulled over a driver pulling a trailer filled with 26 pallets stacked over 20 feet high. "It caught our attention as the pallets swayed side to side. [Traffic Offence Report] issued for insecure/dangerous load," Kent Police said in a report on the incident. There were 50 pallets in total on the open top trailer that were secured by just three loose straps, according to SWNS. After issuing the ticket, the load was properly secured and the driver accompanied by the authorities to his destination, which was just two minutes away. (https://fxn.ws/3kspdU1)

“I don’t know what your destiny will be, but one thing I know: The only ones among you who will be truly happy are those who have sought and found how to serve.” - Albert Schweitzer