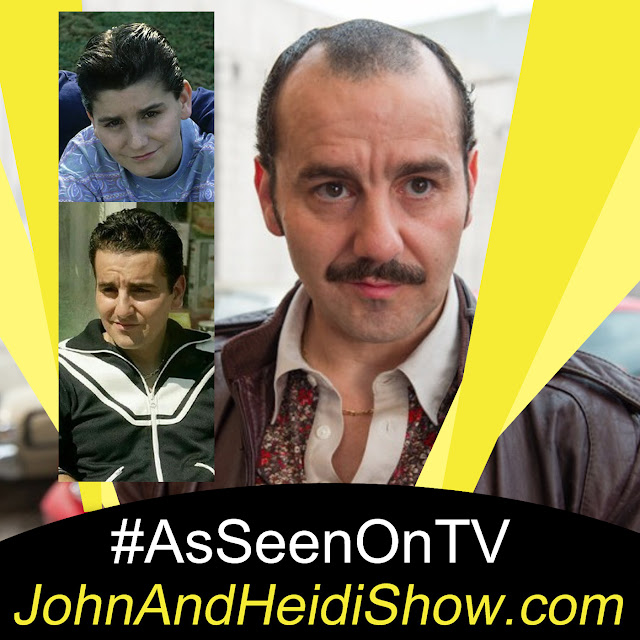 MAX CASELLA of (THE SOPRANOS, DOOGIE HOWSER M.D.) and new horror-thriller THAT COLD DEAD LOOK IN YOUR EYES.

Things are not going well for Leonard on the week of his 40th birthday. He's about to lose his girlfriend, his home and his job. To make matters worse, he's experiencing strange hallucinations. Is it stress or an after effect of the high speed theta boxes that have recently been installed all over the city? Whatever the cause, something odd is going on and if Leonard doesn't snap out of it soon, he'll be trapped in this nightmare forever.

People who stay single, or become single again by divorce, may be somewhat more physically fit than those in wedded bliss. Researchers followed nearly 8,900 adults over several years and found that both men and women who got married during the research period tended to experience a dip in cardiovascular fitness, as measured by treadmill tests. In contrast, men who got divorced during the study saw a modest increase in their fitness levels.

Patrick Fleming was pulled over at 4 AM for driving without headlights or tail lights. He was placed under arrest for DUI and marijuana possession charges. Strike one. A search of the vehicle turned up a handgun under the seat. And since he had several felony charges against him previously, it was illegal for him to carry a gun. Strike two, felony weapons charges. A search of his person followed and that’s when things really get interesting. They found two plastic baggies, one with cocaine powder and cocaine base, and one with crystal methamphetamine, wrapped around his penis. Strike three. And he further added to his problems by telling the cops that the drugs wrapped around his penis did not belong to him. Well, we don’t think Santa placed it there! Busted! Charged with possession of cocaine, meth, ammunition, and a firearm.

In October, Netflix revealed Squid Game had been watched by a “mind-boggling” 142 million households around the world, calling the program “our biggest TV show ever”. The hit dystopian Korean drama, written and directed by Hwang Dong-hyuk, follows desperate people who are invited to take part in a mystery game for a massive sum of money. The streaming giant also previously said the program had achieved the biggest series launch on the platform, seeing off competition from Bridgerton. It is Netflix’s first Korean program to become the most popular series in the US and follows the company’s efforts to increase its offering of international shows. https://uk.news.yahoo.com/tv-squid-game-piers-morgan-090253024.html

• Ya’ll. I’m OK with it if you regularly speak ‘southern’ but starting a blog post or video with it is annoying.

• Now more than ever.

Good job, science! A research team from Harvard used two big studies of 6,900 men and women to find out why some people can smell asparagus in their pee and some can’t. They looked through nine million different genes to see why, and found 871 mutations in the majority of people who cannot smell the effects of eating asparagus in their own urine.

There are just over four McDonald’s restaurants for every 100,000 Americans.

Police in China arrested a man for attempting to break into ATMs outside a bank using a mini-excavator. The suspect plowed the machine into a wall of four ATMs. Despite using a huge amount of brute force, the man was unsuccessful in removing any cash from any of the ATMs.

A New Jersey man has agreed to plead guilty in a convoluted fraud scheme involving Super Bowl rings. It all started in September 2017, the year the New England Patriots won Super Bowl LI, when 24-year-old Scott Spina sent an Instagram message to a former Patriots player who had left the team after the big win. Spina offered to buy his Super Bowl ring and the player agreed, but Spina handed over a bad check when they met to do the trade. Spina, who later sold the ring for $63,000, had also somehow gotten a document containing information about a company that sells Super Bowl rings, plus the former Patriots player's username and password for the company's website. Posing as the player, Spina ordered three family versions of the Super Bowl ring, which are slightly smaller but otherwise very similar, which he had engraved with the name "Brady," pretending they were gifts for Tom Brady's baby. He then contacted the broker who'd purchased the original ring, posing as a friend of Brady's nephews and claiming the nephews wanted to sell the Super Bowl rings Brady was giving them for Thanksgiving. That broker ultimately got suspicious and backed out of the deal, but Spina sold the rings to an auction house for $100,000 (more than three times what Spina paid for them, per the New York Post) and one of them ultimately sold at auction for $337,219. Spina, who was previously sentenced to 35 months behind bars in another fraud case involving high-end sneakers, will appear in court Jan. 31st. (https://bit.ly/3JkuvMb)

MOMENT OF DUH: Brought to you by BetterCreditCards.com

A TikTok user says she caught her husband cheating on her after inspecting footage taken by their doorbell security camera. Kaylie Kristina — known on the social media app as @kaylie271 — shared shocking footage from the camera purportedly showing her spouse sneaking his scantily clad mistress out of their marital home back in October. “When your husband is too sick to go on the family trip you planned,” Kristina captioned the initial clip. The black and white footage, taken just after 10:00 p.m., suggests that the man and his mistress have just enjoyed a secret tryst inside the family residence. The man is seen bidding the woman farewell on the front steps of the home, sharing a tender kiss and squeezing her derrière. The woman is wearing only a T-shirt and a tiny pair of shorts as she holds her car keys and waves goodbye after locking lips. Kristina added the hashtags “#cheater” and “#garbage” to the incriminating footage. The devastated wife first shared the footage two months ago to her TikTok account, where it quickly went viral and was viewed more than 5 million times. “He thought the camera was disabled,” Kristina wrote in the comments section, explaining her husband’s brazen behavior. She added that her beau had even installed the security device himself. Kristina has recently updated her TikTok bio to read: “Taking out the trash.” It appears to be a dig at her estranged spouse. (https://bit.ly/3sotxYV)

The greatest crime in the world is not developing your potential. When you do what you do best, you are helping not only yourself but the world. - Roger Williams

GOOD NEWS: Brought to you by www.GMDVacations.com