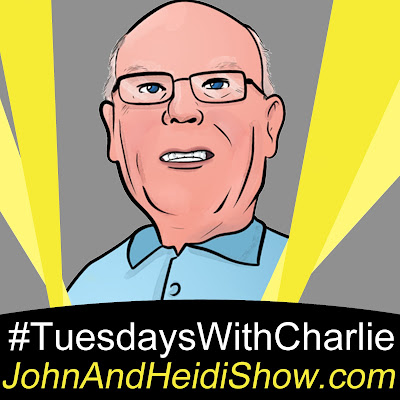 A survey asked who on our Christmas list is hardest to buy for and the top response was Dad.

A new poll finds that 3 in 5 Americans haven’t celebrated the holidays with family in at least two years. Americans say that “being with family exchanging gifts,” “chatting around the fireplace,” and having “Christmas cookies at grandma’s house” rank as some of their favorite memories over the years.(https://bit.ly/308IMtm)

A woman was arrested on several drugs charges after authorities received an anonymous tip that she was preparing to smoke marijuana during a Facebook Live. Around 9:15 a.m. Thursday morning, the Columbus County Sheriff’s Office was notified that 33-year-old Candace Keene was preparing marijuana to be smoked in a live stream on Facebook. “Investigators reviewed the social media account and were able to observe the video,” a spokesperson for the department wrote in the release. “Investigators and H.E.A.T. Deputies went to the home of Candace Keene and spoke to her about the narcotics seen in the video, which she did not deny.” Investigators found and collected unspecified amounts of marijuana and a controlled prescription medicine not prescribed to Keene during a search of the home. While in a patrol vehicle following her arrest, Keene threatened to “purposely” urinate in the vehicle. Keene was taken to jail and charged with possession with intent to manufacture, sell, or deliver a schedule VI-controlled substance, possession of drug paraphernalia, and damage to government property. Her bond was set at $4,000 secured. “We want to thank the citizens that report concerns to us no matter how large or small,” a spokesperson wrote in the release. “In North Carolina marijuana is illegal and we have a duty to enforce all laws no matter the opinion.” (https://bit.ly/31yhfCp)

“Spider-Man” producer Amy Pascal has confirmed that a third “Venom” movie is in the works.  (https://bit.ly/3EFeduy)

A new report claims that Omicron was one of the most mispronounced words of 2021. (https://cbsn.ws/3lP4ASm)

A new report says people who work from home are now using specialized tools that make it look like they’re working when they’re actually doing nothing.(https://bit.ly/3lOVWmW)

The first 911 emergency telephone system in the U.S. was in Haleyville, Alabama.

A man in China was busted for counterfeiting after they found him in possession of $21,000 in fake currency. Police discovered the counterfeiter after he posted photos of himself online posing with the funny money.

An 81-year-old man was allegedly shot by a hunter in State College over the weekend. According to investigators, police officers and Pennsylvania Game Commission officials responded to a hunting accident on Saturday. The victim was found with a bullet wound to the top of his head. Police said there were two hunters at the scene and one of them came forward admitting he thought he shot at a deer. After realizing he shot a man, police said the hunter began rendering first aid. The victim was life flighted to an Altoona hospital, underwent surgery, and was last listed in stable condition. Police and the Game Commission are still investigating what happened. (https://bit.ly/3ovNx9E)

A McDonald's worker was threatened by an irate customer in a drive-thru queue who pulled a gun on him. The victim had been dealing with traffic issues outside the branch in Gateshead when the shocking incident unfolded. Arthur Walker had tried to leave the queue, causing issues for other motorists and when the worker told him what to do, he produced a realistic looking imitation firearm at the car window and threatened him. It turned out to be a BB air gun, for which police found ammunition at the dad's home. "The defendant was in his car in a queue of traffic and he decided to leave the queue and that caused issues for other traffic and the complainant. "The defendant took exception to being told what to do and produced a BB gun, an air weapon, and placed it to the window and made threats to the complainant, causing him some concern." Walker, 45, of Birtley, Gateshead, was traced through his car registration and the weapon was found at his home along with plastic pellets for it. Mr. Wardlaw said: "He said it was a stupid thing to do and he expressed remorse." (https://bit.ly/3DzBoF7)