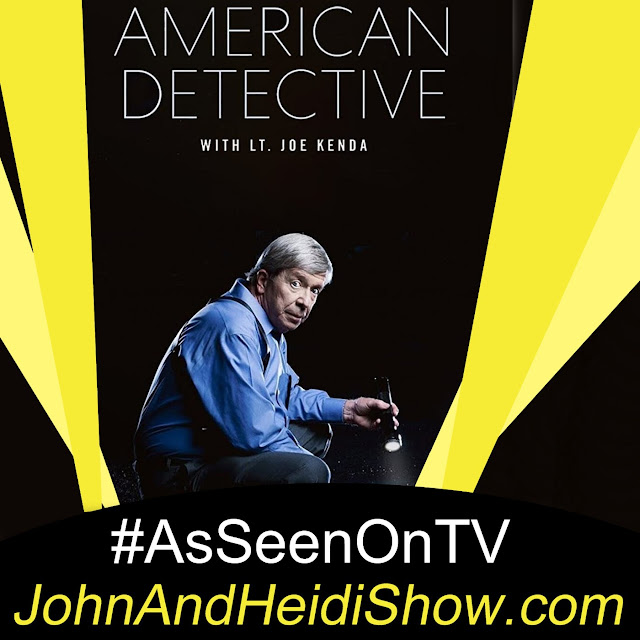 National Have Fun At Work Day


While consumers say they prefer to reap the benefits of working out, the majority still make an effort to keep their diet on track. Research reveals that although just 7% say they are strict with themselves to ensure that their diet is as healthy as possible, three in 10 (31%) say they maintain a healthy diet most of the time. Many find that balance is key, as 38% say their diet is a mix of healthy and not-so-healthy eating, with another 73% agreeing that indulgences are permissible in a healthy diet.

Oddly, a study found that when ice cream sales go up, so do homicides.

Three people have been charged in connection to an interstate drug trafficking ring in Florence. Deputies with the Florence County Sheriff’s Office Criminal Enforcement Unit pulled a vehicle heading south on I-95 over for a moving violation Monday. During a consent search of the vehicle, deputies found cocaine and a “large amount of U.S. Currency.” Deputies charged 23-year-old Aaron Joseph Mata, 26-year-old Taylor Lynn Bardwell, and 29-year-old Gene Autry Haley, III with trafficking in cocaine. The three California residents were denied bond and are currently being held in at the Florence County Detention Center. According to FCSO, the estimated street value of the cocaine seized is roughly $230,000.

Arnold Schwarzenegger was involved in a multi-vehicle car accident Friday, leaving a woman with what are being called “serious” injuries. Schwarzenegger was driving a Yukon SUV when it collided with a red Prius on LA’s Sunset Blvd. His SUV started to roll and ended up on top of the Prius, then continued rolling into a Porsche. The woman behind the wheel of the Prius was taken to hospital in an ambulance. No one charges have been laid, and alcohol is not believed to have been a factor. A rep for Schwarzenegger said: “He is fine, his only concern right now is for the woman who was injured.” -Yahoo, TMZ

Let the games begin… again. “Squid Game” is officially returning for season 2. Netflix Co-CEO and Chief Content Officer Ted Sarandos, when asked during Netflix’s earnings interview if the series would be returning, said: “Absolutely. The Squid Game universe has just begun.” The announcement probably isn’t surprising for fans, based on stats alone. Season 2 has been expected since Squid Game became the most-streamed Netflix series ever in October, with over 111 million viewers. That skyrocketed Squid Game past the previously most-watched series, “Bridgerton”, by a whopping 29 million viewers. -People

The Doomsday Clock will remain unchanged at 100 seconds to midnight in 2022. For the last 2 years, it has remained the closest it’s been to midnight since it was created in 1947. By leaving it there, the Bulletin of Atomic Scientists aims to highlight that we are still in a perilous historical moment, and humanity is still closer to potential apocalypse than ever. The board stresses that there have been improvements, but with things going on like the increase in nuclear weapons stockpiling, inaction on climate change, and the pandemic and misinformation surrounding it, 2021 was a lot.

Americans spend nearly half of their waking hours looking at screens, according to a survey. More specifically, the survey found that 42% of the time Americans are awake, their eyes are fixated on a television, smartphone, computer, tablet, or other device. Supposing the average American slept eight hours a night (not even close to the case for most adults), the researchers calculated that people spend about six hours and 43 minutes a day staring at a screen. Over a typical lifespan, that’s 7,956 days. Of those surveyed, 79% said their screen time has increased over the past five years, with four in ten admitting it’s grown “a lot.” Three in four participants believe they simply spend too much time in front of screens. In fact, 53% take breaks from the computer — by checking their phone. Another 27% admits to watching TV and looking at their phone at the same time. A whopping 92% of the 18 to 35 age group checks their phone immediately after waking up, compared to just 51% of those over 55. About three in five millennials also admit feeling “anxious and irritated” if they can’t check their phone, while only one in five baby boomers feel the same way. Meanwhile, as a whole, 73% say that all the screen time they log makes them feel lethargic, and 64% feel happier after getting a significant break from a screen.

A violin contains about 70 separate pieces of wood.

The longest one-syllable word in the English language is “screeched”.

When asked what’s their most prized possession, only 1% of women said their wedding ring

Just 15% of people say when it comes to tech products, they would rather give up Netflix rather than giving up social media.

A Czech circus performer broke a Guinness World Record by riding a unicycle measuring 29.8 feet (9.1m) tall. Pavel Valla Bertini was participating in the 14th International Circus Festival in Budapest when he rode around the ring on a unicycle that consisted of 17 wheels stacked vertically. The previous record was 29.1 feet tall.

Research carried out in some unique Canadian lakes backs a strange evolutionary theory that has never before been proven. Given the right circumstances, fish get old — like, decades old — but they don’t age. Craig Purchase of Newfoundland’s Memorial University, studied trout in Ontario’s Experimental Lakes Area, a series of isolated watersheds set aside as a biological laboratory. Living in these lakes means the old fish eat the same things the young ones do, which made for the perfect opportunity to study how the trout age. What they found is that not only do the fish continue to grow for their whole lifetime, they also stay reproductively capable…meaning they don’t biologically age. Unfortunately, none of this helps humans, because, as Purchase points out, “We might get fat, but we don’t continue growing.”

WHAT HAPPENS TO THE WEDDING RING?

What did you do with your wedding ring after the relationship went bye-bye?


• After my ex flew the coop, I tied my wedding ring to a helium balloon and let it loose in the wild blue yonder. It was a symbolic gesture… I must have had my head in the clouds to get married in the first place.

• I put mine around the dog’s collar and attached the rabies tags to it. It looked better on the dog!

• For my two used wedding rings from previous marriages, I own a body piercing shop and used them there. I also advertise a free piercing if you bring in an old ring.

“Truth hurts. Maybe not as much as jumping on a bicycle with a seat missing, but it hurts.” - Lt. Frank Drebin (Leslie Nielsen), Naked Gun 2½: The Smell of Fear

A dog was saved, thanks to a sausage . . . and a drone? Poor Millie the dog went missing while out for a walk in southern England. Volunteer organization Denmead Drone Search and Rescue set up a drone to track her, and found her out on dangerous mud flats that can flood during high tide. Police, fire services and even the coastguard couldn’t coax the nervous pup back to safety. After 3 days, a volunteer came up with a last-ditch idea: Sausage, string, drone. The sausages were fried, the drone went aloft, and sweet, hungry Millie followed them right off the flats to safety. -SunnySkyz, CNN