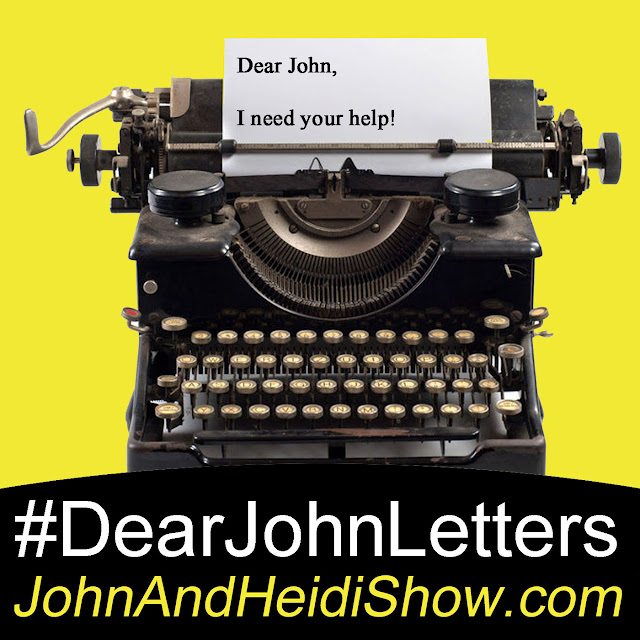 My son has dated the same girl for over a year. At Christmas time he proposed. She said no. He was heart-broken over this. I just discovered that she kept the ring. Now I'm very upset about that. He said it was also her Christmas present. They didn't break up, but they are kind of taking a little break, whatever that means. I'd like to tell her that it is wrong for her to tell him no, then keep the engagement ring too. Am I wrong in thinking that?

More than half of us are ‘stuck in a rut’ when it comes to mealtimes – eating just six different meals on a loop. A study of adults found 59 per cent tend to cook the same dishes and rotate them throughout the week. And 46 per cent even stick to the repetitive foods on specific days. The most common teatime treats include spaghetti Bolognese, fish and chips and curry. More than a quarter admitted they’d like to reshape their mealtime habits in 2021, but barriers include a lack of time (29 per cent), budget (23 per cent) and low cooking skills (22 per cent). On average, an evening meal takes 40 minutes to cook and 59 per cent said what they choose to eat is often dictated by how much time they have.

Police say a central Wyoming man they arrested for public intoxication claimed he had traveled back in time to warn of an alien invasion. Casper police say the man they encountered at 10:30 p.m. Monday claimed he was from the year 2048. KTWO-AM in Casper reports that the man told police that he wanted to warn the people of Casper that aliens will arrive next year, and that they should leave as soon as possible. He asked to speak to the president of the town, about 170 miles northwest of Cheyenne. The man told police he was only able to time travel because aliens filled his body with alcohol. He noted that he was supposed to be transported to the year 2018, not this year. (from 2017)

“Mission: Impossible 7” won’t be released until 2023. The latest installment of Tom Cruise’s action saga was first set to drop in July 2021, but was pushed back to May of this year, and later delayed again to September 30. Now, Paramount Pictures and Skydance have announced the movie won’t be in cinemas until July 2023, due to the impact of the pandemic on production. As a result, the eighth film in the series, which was expected to be released in July 2023, won’t come out until the summer of 2024. -ContactMusic

Disney has lined up another “live-action” remake of a beloved animated classic. The studio is putting together a remake of the hit 1970 film “The Aristocats”, best known today for the Sherman brothers song ‘Ev’rybody Wants to Be a Cat’. The new movie is inspired by the original film, which followed a group of aristocratic cats from Paris who are about to inherit a fortune from their owner. After the woman’s jealous butler kidnaps them to hold them for ransom, they get lost in the countryside. -PopCulture

Earth is in the middle of its next “mass extinction event”, and it may be too late to undo the harm inflicted upon the planet’s species. That’s according to a new study by biologists from the University of Hawaii and the Museum National d’Histoire Naturelle in Paris. While researchers say that conservation initiatives have been put in place which will protect certain species, the study suggests that the damage has already been done. According to a press release: “These initiatives cannot target all species, and they cannot reverse the overall trend of species extinction.” A mass extinction event involves the loss of at least 75% of species. While we haven’t yet seen such a high rate of extinction, there is potential for it to happen in the future, and the scientists argue it’s in the process of happening right now. -IFLScience, CTV

It’s time to celebrate the 110th anniversary of an iconic cookie: Oreo. The chocolate-and-cream combo is turning 110 years old in 2022, and it’s paying tribute to the special occasion with the release of a new flavor. If you’re ready to chow down on a festive sweet that won’t be here for long, here’s where to buy Oreo’s Chocolate Confetti Cake cookie flavor. Oreo unveiled details of its anniversary flavor, the Chocolate Confetti Cake cookie, on Jan. 11. The new offering is all about honoring the beloved cookie’s official 110th birthday on March 6 with some seriously festive flavors. It’s the first Oreo cookie to include rainbow sprinkles both on top of the cookie as well as inside a layer of the creme filling you know and love. there’s even a second layer of chocolate flavored creme filling. You can order the new product for pre-sale on the Oreo website, and it’ll cost you $4.50 for a 12.2-ounce pack. Oreo’s Chocolate Confetti Cake flavor will also hit shelves across the country beginning Jan. 31. Since the birthday offering is only available for a limited time

Some species of ants explode when attacked

Listening to sad music when you’re feeling sad can actually make you happier.

July 16th is said to be the happiest day of the year!

An Ontario martial artist broke her second Guinness World Record by teaming up with a student to perform 178 kicks in 60 seconds. 28-year-old Silvana Shamuon, who previously set a record by kicking footballs off of people’s heads in 2016, teamed up with 15-year-old Hannah Wright to take on the record for most martial arts kicks by a pair in 1 minute (female). Shamuon, a martial arts instructor in Waterloo-Cambridge, alternated kicks with Wright to beat the previous record of 144.

In Wales, a cab driver was shocked when he was accused of speeding. The man was in his 12-year-old cab when he was caught by a speed camera. When the fine showed up in his mailbox he was blown away because the ticket said he’d be traveling 420 mph in a 30 mph zone. Authorities called it an “employee processing error.”

WAYS TO IMPROVE YOUR LIFE WITHOUT REALLY TRYING

• On the fence about a purchase? Wait 72 hours before you buy.

• Send a voice note instead of a text; they sound like personal mini podcasts.

• Always schedule an extra day off after a vacation.

• Take out your headphones when walking – listen to the world.

You know you’ve reached middle age when you’re cautioned to slow down by your doctor, instead of by the police.” - Joan Rivers

A Pennsylvania high school football team swapped weight training practice with snow shoveling for neighbors in need. Bethel Park High School football coach Brian DeLallo said about 40 athletes shoveled driveways last Monday after a storm hit the area. His tweet read: “Due to expected severe weather, Monday’s weightlifting workout has been canceled. Find an elderly or disabled neighbor and shovel their driveway. Don’t accept any money – that’s our Monday workout.” He said having the athletes shovel driveways also gave them a chance to interact with the community, which is a big supporter of high school sports.