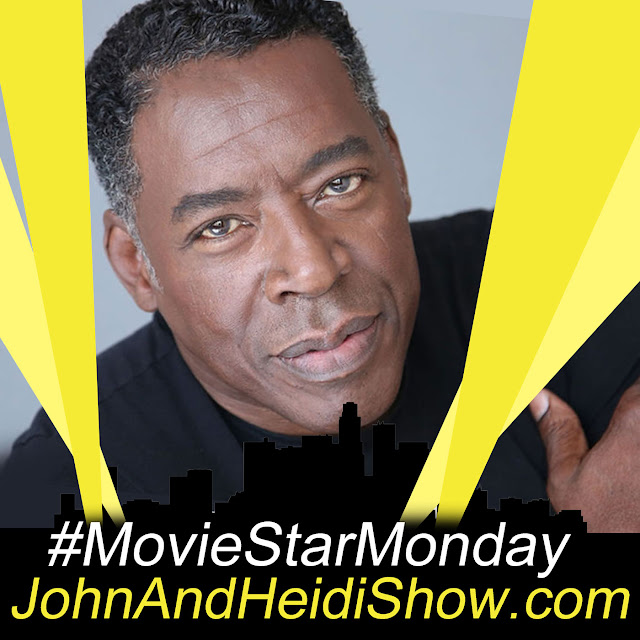 This #MovieStarMonday we visit with Ernie Hudson about his program on BET+ and we'll chat about the NEW GHOSTBUSTERS MOVIE that's been a huge hit! It's available now in many theaters and coming to your favorite streaming platforms tomorrow! Ghostbusters: Afterlife will be available on premium video on demand (PVOD) services on January 4th and on 4K Ultra HD, Blu-Ray and DVD on February 1st.

On Google Play and iTunes, the movie costs $24.99 to pre-order in 4K quality.

Ghostbusters: Afterlife is a Sony Pictures movie, which means that it could eventually stream on Crave, Netflix or Prime Video following its PVOD run.

In a survey 82 percent of women said that uncomfortable underwear can ruin a good day.

In Seminole, Florida, the cops were called to a disturbance at the Irish 31 bar. The owner reported that a sink in the restroom had been broken. Some expert detective work quickly revealed the situation. Bozo Kathy Anderson and her friend were found drinking at the bar. After questioning, our bozo admitted that she and her male companion had met in the bathroom for what she termed an “intimate encounter” and during said encounter the sink had been broken off the wall. Oops. We can only assume they thought it was no big deal as they returned to the bar and continued drinking. The cops ended their little celebration. She was charged with criminal mischief and was released from county jail on her own recognizance. Her friend apparently escaped being charged.

Betty White, beloved and trailblazing actress, dies at 99. Betty White, the self-described "lucky old broad" whose sweetly sarcastic senior citizen characters were a beloved fixture on TV shows and movies such as "The Golden Girls," "Boston Legal" and "Hot in Cleveland," died Friday, her agent and close friend Jeff Witjas told People magazine in a statement. At 99, she was just weeks away from celebrating her 100th birthday on Jan. 17.
https://www.cnn.com/2021/12/31/entertainment/betty-white-obituary/index.html

An international team of researchers wanted to find out how roads have sliced up the globe. They used data from OpenStreetMap, a crowd-sourced mapping project, to chart how much land is covered by roads. They estimated that roughly 20 percent of land is occupied by roads, not including Greenland and Antarctica. Although that leaves 80 percent as open space, this land is far from whole. Chopped up by highways and streets, the road-free areas are cut up into some 600,000 individual parcels. The largest untouched areas can be found in the Amazon, Siberia, northern Canada and the Sahara desert. By contrast, the U.S., Europe and Japan are covered in roads.

Pregnancy affects not only a woman’s body, it changes parts of her brain too. When researchers compared brain scans of women before and after pregnancy they spotted some differences in 11 locations. They also found hints that the alterations help women prepare for motherhood. For example, they might help a mother understand the needs of her infant. The women were also given memory tests, and they showed no signs of decline.

In the Middle Ages, dead bodies were often used as ammunition in catapults.

Cajeme, Sonora, Mexico. Neighbors called the cops to report a domestic disturbance. When the police arrived, they found Leonora R holding a knife that she had used to attack her husband. The husband was not seriously injured and was able to explain to the cops what had transpired. He said his jealous wife had been going through his phone and found a picture of him in a compromising position with a younger woman. She flew into a rage and attacked him with the knife before he could explain. That picture was of him, from several years ago. And the woman…it was none other than Lenora, from, as her husband said, “back when she used to take care of herself.” Yep, she didn’t recognize herself. She faces assault charges.

Nearly $100 billion of COVID-relief funds have been fraudulently obtained in the US since the government rolled out the benefits during the pandemic. The Secret Service revealed the massive figure in a Tuesday press release announcing the existence of new measures to capture cheats and seize the stolen funds. The federal law enforcement agency has nearly 1,000 active investigations into the fraud. The suspects generally submit phony applications to get the benefits. A new position was created within the Secret Service to spearhead the efforts to retrieve the money that was illegally obtained through unemployment insurance, Small Business Administration loans and other federal and state programs. The position of National Pandemic Fraud Recovery Coordinator will be held by Roy Dotson, an assistant special agent in charge of the Jacksonville field office. “The Secret Service currently has more than 900 active criminal investigations into fraud specific to pandemic-related relief funds,” Dotson said in a statement. “That’s a combination of pandemic benefits and all the other benefits programs too. Every state has been hit, some harder than others.” (https://bit.ly/3yQE941)

FIVE PSYCHOLOGY FACTS YOU DIDN’T KNOW
• We’re only capable of being close with about 150 people.

• 80 percent of conversations are complaining.

• People who volunteer are more satisfied with their lives.

• Relationships are more important for your health than exercise.

Strangers Stand In The Street To Help Taxi Driver After His Car Burned To Ash
https://www.sunnyskyz.com/good-news/