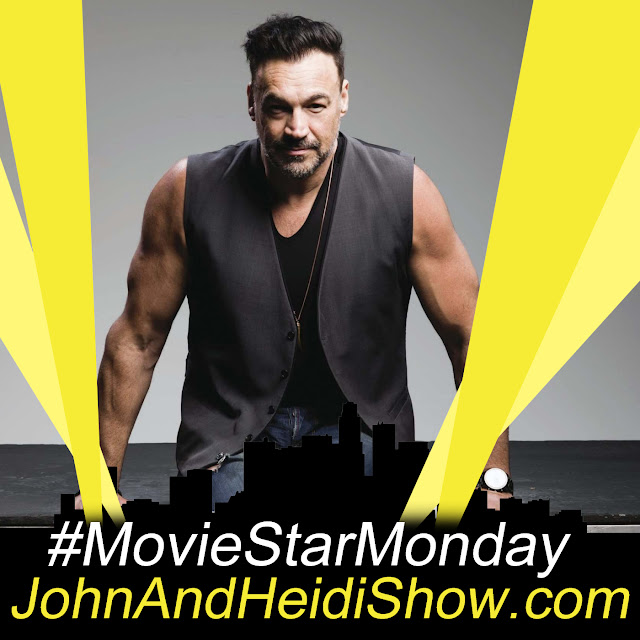 This #MovieStarMonday we visit Aleks Paunovic (War for the Planet of the Apes, iZombie, Smallville, Snowpiercer) to chat about the Marvel series “Hawkeye,” (opposite Jeremy Renner) which premiered November 24th on Disney +.

According to a Cornell University study, people in relationships are generally happier than other people. The authors of the study say spouses have the highest sense of well-being, whether they are happily married or not. Next in the ranking of happiness were those who live with someone they aren’t married to, those who are.

The internet is still a BUZZ over Andy Cohen's New Year's Eve Drunk Rant on CNN with Anderson Cooper. Andy Cohen is an American radio and television talk show host, producer, and writer. He's the host and executive producer of Bravo's late night talk show, Watch What Happens Live with Andy Cohen. On New Years Eve he took a shot of alcohol on the air, then went into a tirade aimed towards the mayor. A red-faced Anderson Cooper tried to stop his guest as it happened. https://www.youtube.com/watch?v=ErOeGoACHPI

“Lori Loughlin Sprung from Prison – Gets $13 Million Mansion”
Lori Loughlin was recently released from her jail sentence for her participation in the USC college admissions scandal, and she just bought a five-bedroom, 9,300-square-foot vacation home in Palm Desert. Lori and husband, Mossimo Giannulli, will be joining other celebrities who own in the Madison Club golf community, including Cindy Crawford, Kourtney Kardashian and Scooter Braun. For more celebrity home news and home video tours, visit www.TopTenRealEstateDeals.com.

What was your best purchase of 2021? A few responses from the internet:

• A soft close toilet seat. No longer will I be awoken in the night by the someone dropping the seat.

• A telescope. It’s so incredible to see Jupiter’s moons and Saturn.

• I bought an ice cream for a girl. We’re together now.

• An electric kettle. I will never buy a teapot again.


A go-kart driver and other cars were pulled over in Sherman Oaks following a stunt on the 101 Freeway that a group of self-described “YouTubers” were filming early Wednesday, according to the California Highway Patrol. Sgt. Geraty was patrolling the freeway around 2 a.m. when traffic abruptly slowed down. He then saw the small vehicle driving in the slow lane, surrounded by two cars — one in front and one behind, according to the CHP’s West Valley Division. They all exited the 101 at Woodman Avenue, leading the sergeant to conclude the cars were escorting the go-kart. Geraty pulled the three vehicles over and spoke with the group, who admitted it was a stunt for the online video platform, authorities said. The go-kart driver was cited for unlawful operation/impeding driver, while an individual driving one of the cars was issued a citation for being a minor and driving outside of his driver’s license provisions, according to CHP. “Where do we begin with how incredibly dangerous, stupid and illegal this was,” CHP officials said in the Facebook post. “Absolutely zero social media content is worth putting your life or others in danger.” https://www.wate.com/news/

Cats once delivered mail in Belgium. In the 1870s, the city of Liège, Belgium, attempted to employ 37 felines as mail carriers, according to the BBC. Messages were tucked into waterproof bags that the kitties would carry around their necks. However, while one cat apparently made it to its destination in under five hours, the other felines took up to a day to complete their journeys. Due to the fact that the cats weren't particularly reliable and definitely weren't speedy, the service didn't last very long.

China’s Tianwen-1 sends back pictures showing probe orbiting round Mars. China published on Saturday photos showing its Mars orbiter Tianwen-1 circling above the north pole of the red planet. The photo was taken by a detachable sensor equipped with two wide-angle lenses on the outer wall of the probe that was controlled from earth, according to the Chinese National Space Administration. https://www.scmp.com/

On December 19, the Knoxville Police Department responded to a call of an intruder inside Daphne Crowley’s apartment. Crowley said she was returning home that day, waiting for her daughter to answer the door. The mother said once her daughter opened the door, they realized a stranger was inside their home wearing nothing but a brand new pair of shoes that belonged to her daughter. Crowley said she told her daughter to call the police, while she went after the intruder. “I chased him with these sticks cause had I got a hold of him, I would have beat him. But he ran down the street into this pathway,” shared Crowley. Once KPD officers arrived on the scene, they were able to find and arrest wanted sex offender 27-year-old Michael Tyler Henegar in a wooded area near Crowley’s apartment. Officials reported finding several of Crowley’s belongings, including a Scooby-Doo handbag, and an impact drill. Crowley said she’s glad Henegar was caught, and she plans to get an alarm system installed soon. She believed Henegar came in through the patio door, that her grandchild left unlocked. Until she gets the alarm system, Crowley has her sofa blocking the patio door entrance to her apartment. “I’m calm now, but at the time I was literally shaking and cried because it’s scary. You think these people are in your house and they are sex offenders and you have your kids running around and you’re thinking you’re safe,” said Crowley. KPD reported Henegar was convicted of sexual exploitation of a 14-year-old girl by electronic means in 2014, and has a history of numerous violations for not registering as a sex offender. https://www.wvlt.tv/

Wired magazine came up with a list of 21 Things That Made the World a Better Place in 2021. Here are a few.

• Scientists Revealed That Cheese Isn’t Bad for You — In February, speaking out against unfounded rumors that cheese is an evil, murderous entity, one scientist said: “There’s almost no evidence that cheese causes weight gain — and in fact, there’s evidence that it’s neutral at worst.”

• NASA Made Oxygen on Mars — NASA’s Perseverance Rover successfully converted some of Mars’s carbon-dioxide-rich atmosphere into oxygen in April. As a giant leap toward getting humans on Mars, NASA said the move “could pave the way for science fiction to become science fact.”

• A Thought-to-Be-Extinct Orchid Was Found on a London Roof — The biggest-ever game of hide and seek ended in June when a rare species of orchid was found growing on top of an investment bank in London, despite scientists believing the plant was extinct in the UK.

“Breaking up is like knocking over a Coke machine. You can’t do it in one push; you got to rock it back and forth a few times, and then it goes over.” - Jerry (Jerry Seinfeld), Seinfeld

Home Mortgages Are Paid Off for 5 First Responders to Honor Their Life-Saving Work. https://www.goodnewsnetwork.org/