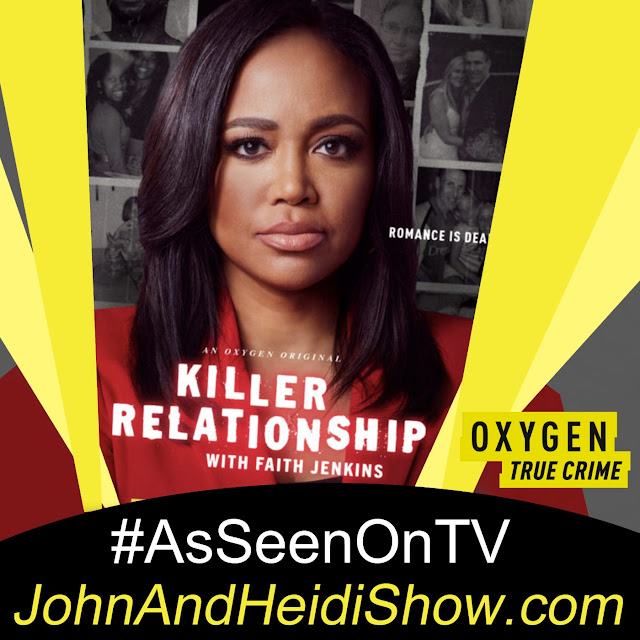 If you make it a point to include a daily walk in your routine for health reasons, you might want to step it up a bit. Why? According to a study, walking briskly, instead of at a gentle pace, can cut risk of heart failure by a third…at least among women aged 50-79. Dr. Charles Eaton, senior author of the study from Brown University in Rhode Island, said the research “confirms other studies demonstrating the importance of walking speed on mortality and other cardiovascular outcomes.” He also pointed out that because limited time for exercise is frequently given as a barrier to regular physical activity, walking faster for a shorter period of time “might provide similar health benefits to the recommended 150 minutes per week of moderate physical activity.”

3 out of 4 people say they look for a wedding ring before they start flirting with someone.

In Clearwater, Florida, 29-year old Sarah Fleming and 27-year-old Kaitlin O’Shea apparently had some kind of beef with a man who lived nearby. Police said just before 3 a.m. the two showed up at the man’s apartment and an argument ensued. And then things got weird. According to the victim, one of the women threw a container of glitter at him, hitting him in the head and upper body. Then one of them jumped the patio fence and entered the apartment. She then unleashed another salvo of glitter, again hitting our sparkly victim. She went to the front door and let her accomplice inside. The two women then teamed up to unleash another barrage of glitter in the man’s direction before leaving the apartment complex and fleeing in their vehicle. Cops were called and were able to track the car to a nearby apartment complex where they found glitter inside the vehicle. They then spotted Sarah walking around, with a significant amount of glitter on her person. She was placed under arrest along with her accomplice, charged with criminal mischief, a misdemeanor, for allegedly kicking out the apartment window.

Idris Elba as ‘007’? Could happen. Elba is “part of the conversation” to be the next ‘James Bond’, the franchise’s producers have confirmed. He’s long been mentioned as a possible successor to Daniel Craig as the suave spy, and in a podcast appearance, producer Barbara Broccoli said she is aware that the “Luther” actor would be a popular choice. Broccoli said that there is no rush from Bond bosses to cast a new James Bond just yet, as they want to let the cast and crew savor the success of Craig’s final 007 movie “No Time To Die”. -ContactMusic

These days, single women are purchasing homes at twice the rate of single men.

There will be no “fine-dining” at White Castle this Valentine’s Day. The burger chain’s restaurants in select markets have long held a special dining-in experience on Feb. 14 for lovesick couples who want to celebrate the special day with $1 burgers and French fries. White Castle would transform its restaurants into romantic “fine dining” rooms, complete with reservations, hostess seating, tableside service and festive red décor. The company said the unique setup drew as many as 30,000 people to participating locations, but as the Omicron surge continues, White Castle has announced it won’t be doing the event at all this year.

McDonald’s has launched a brand-new nugget. The limited-time Peppercorn Garlic Spicy Chicken McNuggets are debuting alongside two new sauces — in Japan. The Peppercorn Garlic nuggets are made with a mixture of coarse-ground black pepper, garlic, white pepper, and chili peppers. No word yet on where these clock in on the Scoville Scale, but the fact that the nuggets are being served with two kinds of dairy-based sauce indicates they’re probably pretty hot. The Garlic Soy Sauce Mayo and the Smoked Cheese sauces are seasoned with a mixture of black pepper and onion powder — offering a sort of “hair of the dog” treatment, but for spices.

The creator of “Star Trek” originally wanted Spock to be female.

Your brain literally heats up when you’re stressed. Smiling can cool it down.

Applying hemorrhoid cream to your chest and waist can make you look more muscular.

You are more likely to be attacked by a cow than a shark.

This story’s out of Britain but I’m saying right now it would apply to drivers in this country, too. Research shows drivers people have so little knowledge of the rules of the road that two thirds of us are totally confused by basic road signs on a daily basis. The study found one in three drivers admit they get so confused they simply follow the car in front when they are not sure what to do.

The last of the escaped monkeys from the crash of a truck towing a trailer load of 100 of the animals was accounted for by late Saturday, a day after the pickup collided with a dump truck on a Pennsylvania highway, authorities said. Several monkeys had escaped following Friday's collision, state police said. But only one had remained unaccounted for as of Saturday morning, prompting the Pennsylvania Game Commission and other agencies to launch a search for it amid frigid weather. Kristen Nordlund, a spokesperson with the federal Centers for Disease Control and Prevention, said in an email Saturday evening that all 100 of the cynomolgus macaque monkeys had since been accounted for. Three were dead after being euthanized. The email did not elaborate on why the three were euthanized or how all came to be accounted for. But Nordlund said those euthanized were done so humanely according to American Veterinary Medical Association guidelines. The shipment of monkeys was en route to a CDC-approved quarantine facility after arriving Friday morning at New York's Kennedy Airport from Mauritius, an Indian Ocean island nation, police said. The Atlanta-based CDC said the agency was providing "technical assistance" to state police. The collision occured Friday on a state highway near an Interstate 80 exit in Montour County, Trooper Andrea Pelachick told The Daily Item newspaper of Sunbury. The location of the quarantine facility and the type of research for which the monkeys were apparently destined weren't clear, but cynomolgus monkeys are often used in medical studies. A 2015 paper posted on the website of the National Center for Biotechnology Information referred to them as the most widely used primate in preclinical toxicology studies. Earlier, police had earlier urged people not to look for or capture any monkey, with troopers tweeting: "Anyone who sees or locates the monkey is asked not to approach, attempt to catch, or come in contact with the monkey. Please call 911 immediately." Trooper Lauren Lesher had said the concern was "due to it not being a domesticated animal and them being in an unknown territory. It is hard to say how they would react to a human approaching them." Lesher said state police secured the scene for the state Department of Health and the CDC. The drivers of the trucks weren't harmed and a passenger was transported to a medical center for treatment of suspected minor injuries, according to the state police's crash report. Crates littered the road Friday as troopers searched for monkeys, rifles in hand. Valley Township firefighters used thermal imaging to try to locate the animals, and a helicopter also assisted, the Press Enterprise newspaper of Bloomsburg reported. The pickup was heading west on I-80 when it got off at the Danville exit and then immediately tried to get back on, driving across the other lane, the newspaper reported. Michelle Fallo, a crash witness, told the Press Enterprise that she was behind the pickup when it was hit on the passenger side by the dump truck, tearing off the front panel of the trailer and sending more than a dozen crates tumbling out. She and another motorist who stopped to help were standing near the scene when the other driver said he thought he saw a cat run across the road, Fallon said. Fallon peeked into a crate and saw a small monkey looking back at her, she told the newspaper. "They're monkeys," she told the other motorist

Forbes’ 2022 list of the Top Philanthropic Billionaires in the US…

NOTE: Because we know you’re wondering, Amazon’s Jeff Bezos is #16, with lifetime giving of $2.1 billion.) -Forbes

“There is no sunrise so beautiful that it is worth waking me up to see it.” - Mindy Kaling, Is Everyone Hanging Out Without Me?

An album of Australia’s most-endangered birds and their calls has sold its way into the #3 spot on the national pop charts, beating Taylor Swift and ABBA in its flight path. “Songs of Disappearance” is a 24-minute album of endangered birdcalls recorded by Australia wildlife sound recordist, David Stewart. It sold over 2,000 copies, with all proceeds going to conservation of our feathered friends. -SunnySkyz, GoodNewsNetwork