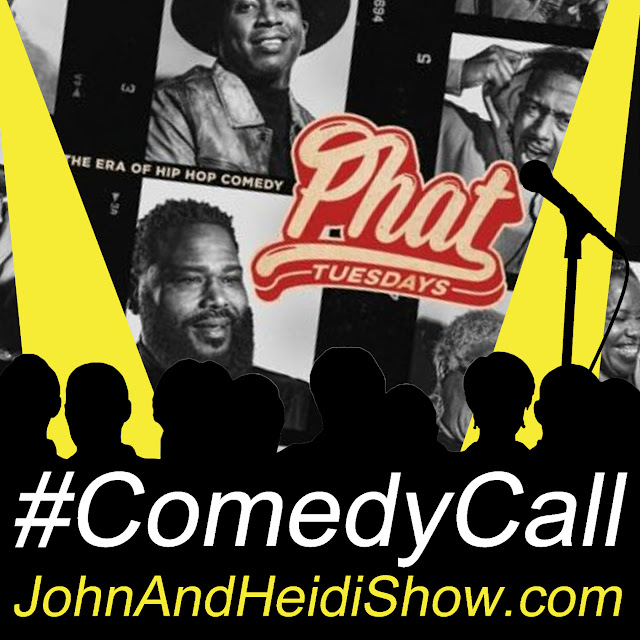 Today we have a #ComedyCall with very funny comic Guy Torry. We will talk about something he launched in the mid 1990s in Hollywood called “Phat Tuesdays” that launched a phenomenon all over the nation. Amazon Prime has a new docuseries that shares this amazing story. https://amzn.to/3M9P6Ee

More than four out of ten American millionaires say they do not feel rich.

A study shows a huge number of us are using at least one gadget while watching TV. Eighty-six percent of TV watchers are also using a smartphone, laptop or tablet at the same time.

People who are born in the fall will live a few months longer than the rest of us. A study looked at more than 1 million people over the age of 55 in Austria, Denmark and Australia. They found that people born from October to December tended to outlive people born in the spring by about 3 to 6 months. The same held true for people born in Australia when the researchers factored in the seasons for the Southern Hemisphere. Scientists credit an abundance of food in the traditional fall harvest months for giving babies born then a nutritional head start.


Warner Bros. is activating the power of the Wonder Twins. They’re a pair of alien siblings named ‘Zan’ and ‘Jayna’ who were introduced to a generation of TV viewers on Hanna-Barbera’s “The All-New Super Friends Hour” as young companions to adult heroes such as ‘Superman’, ‘Batman’ and ‘Wonder Woman’. The duo then appeared in the “Super Friends” comic and, over time, became incorporated into the larger DC universe. Now, Warner has hired Adam Sztykiel, who worked on the upcoming “Black Adam”, to write and direct an original live-action feature for HBO Max, based on the characters. The twins were known for their catchphrase, “Wonder Twin power, activate!”

EMERGENCY ROOMS REVEAL TIME-WASTING CASES
Affordable or free health care is a human right. But it doesn’t give you the right to waste someone’s time in the emergency room, especially when there are real medical emergencies. Some ER docs say these were their biggest time-wasting cases.

• A woman came from a nightclub with a broken fingernail. She wanted doctors to glue it back on.

• Someone came in asking for a bed because they couldn’t get a good night’s sleep at home.

• A man who complained of a stomach ache told doctors he’d eaten and entire head of cabbage.

• A man came in and complained of a sore foot. Doctors discovered a binding nail from his shoe was poking into his foot.

In the 1850s, some Paris newspapers were printed on rubber so they could be read in the bathtub.

Athens, Georgia is home to the only double-barreled cannon ever made.

The founder of Match.com, Gary Kremen, lost his girlfriend to a man she met on Match.com.

Since the brain doesn’t have pain receptors, brain surgery is sometimes performed while the patient is awake.

A robber stepped into a bank in Greece and demanded money. He was serious: he showed a gun, and even had a bag ready for the cash. He handed it over to the teller. Not the bag — he accidentally handed the teller his gun. When the robber realized his mistake he grabbed for the gun, but in the moment of confusion the teller was able to slam his security panel closed, cutting the robber off. The empty-handed criminal was forced to flee on a bicycle stolen from a bank employee.

An Indian couple are planning the country’s first-ever “metaverse marriage”. As COVID-19 forces couples to cancel or downsize their traditionally large-scale weddings, Dinesh Sivakumar Padmavathi and Janaganandhini Ramaswamy have found a venue unaffected by the current limit of 100 attendees – the metaverse — where guests can attend via phones, tablets or laptops. And we’re not talking about a simple video feed here. Metaverse is a term used to describe virtual 3D environments where users can gather and interact. Because the pair are self-professed “Potterheads,” or fans of Harry Potter, the groom worked with start-up platform TardiVerse to create a castle-like digital space inspired by Hogwarts. The legal ceremony will still take place physically in front of close friends and relatives, but afterwards, the couple will log on to join their reception, which cost about US $2,000 to design, develop and host. The one-hour event will see the newlyweds virtually address their guests, who will be able to explore the castle and customize their avatars’ appearance and outfit. Another advantage to having a digital celebration: They’ve been able to involve Ramaswamy’s late father in the proceedings by creating an avatar of him, so he can bless the couple.

THE SADDEST SOUNDING PLACES ON EARTH

• Lonely Street off a Lonesome Road, in North Carolina

“Does it disturb anyone else that ‘The Los Angeles Angels’ baseball team translates directly to ‘The The Angels Angels’?”- Neil DeGrasse Tyson