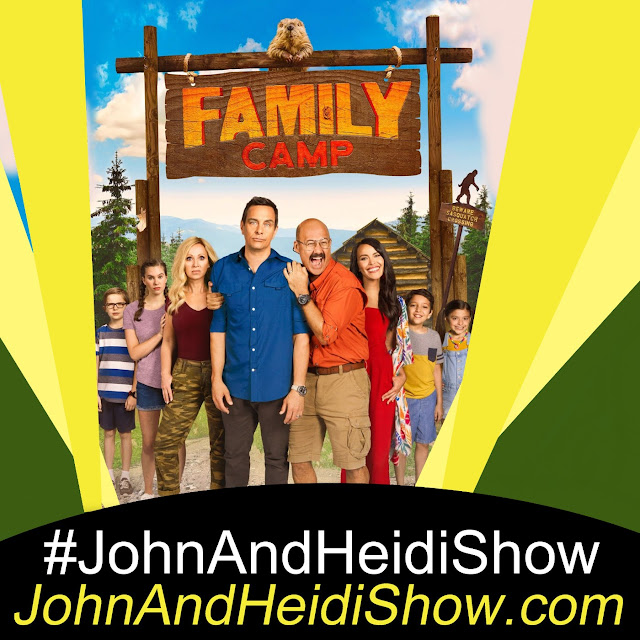 Today we visit with The Skit Guys. We'll chat about their new movie “Family Camp” that just hit theaters on Friday, May 13th! https://familycampmovie.com

International Being You Day


Graduation is a time to celebrate all the hard work it takes to get a diploma, and according to a recent survey conducted by TopCashback.com 59% of Americans know someone graduating this year and 52% of Americans say a graduation gift is expected.

“Pomp” Up the Party

Will you be attending any graduation parties?

Will you be buying any graduation gifts?

How much do you plan to spend per graduation gift?

What kind of graduation gifts will you be purchasing? (select all that apply) [top five responses]

How long did it take you to find a job after graduation?

Were you financially independent after graduation?


(If no) How long did it take you to become financially independent after graduation?

In your opinion, what is the biggest financial hurdle that college graduates face?

Keeping up with rent/mortgage payments (23 percent)

Scientists have managed to adapt a computer to run on – algae. Engineers from the University of Cambridge ran a microprocessor for more than 6 months using just the current generated by a common species of cyanobacteria. Some internet-connected devices in parts of the world, such as washing machines, coffee makers, vehicles, and remote environmental sensors, operate far from a power grid, and in places where inserting a fresh battery or fixing a power source are impractical. Creating a ‘living’ power source that converts material in the environment makes for a greener, simpler power cell that won’t weaken as the sun sets, as with solar power.

Apparently, being “The Dark Lord” doesn’t pay very well. James Earl Jones reportedly only made $7,000 for voicing ‘Darth Vader’ in the first “Star Wars” film. The New York Post shared a resurfaced clip which shows Jones talking about how much George Lucas paid him for taking on the role of a lifetime. Although Jones, now 91, was the voice of Darth Vader, actor David Prowse wore the iconic suit in the 1977 movie. Lucas didn’t feel that Prowse’s voice was the right fit for the sinister Sith Lord, so, as Jones put it, “he hires a guy born in Mississippi, raised in Michigan, who stutters. And that’s the voice. That’s me.” Although $7,000 doesn’t sound like a lot of money now, Jones was excited about it at the time. In the clip, he says: “I lucked out, from all these so-called handicaps, for a job that paid $7,000! I thought that was good money. And I got to be a voice on a movie!”

Gwen Stefani announced via TikTok on Friday that she’s coming back to “The Voice.” She captioned the clip, which featured her and fellow coaches John Legend and Blake Shelton singing along to ‘Grace Kelly” by Mika’, “#Duet this if you’re going to be a Coach on #TheVoice this fall.” Stefani’s last stint as a coach was during season 19 in 2020. She and Shelton met on the show and married in July 2021. The fourth coach for Season 22, which will debut this fall, has yet to be announced. LINK: https://tinyurl.com/2p9b7pm9

Alex Trebek’s name and legacy live on through a new homeless shelter, the Trebek Center, serving the Los Angeles area. The facility opened in the area of the former Northridge roller rink Skateland, on May 12. His widow, Jean Trebek, was there for the ribbon-cutting ceremony. The shelter contains 107 beds and will provide help for people to find permanent housing. The Trebek Center also includes the Trebek library. The beloved “Jeopardy!” host died in November 2020 after a battle with pancreatic cancer.


HOW TO BECOME A MORNING PERSON:
(These things should at least HELP you handle mornings better)

☞ Expose yourself to light: Thanks to your circadian rhythm, having bright light early in the morning helps you to wake up. Also, remember that exposure to light in the evening may affect sleep.

☞ Be mindful of your sleeping pattern: If you’re falling asleep in less than 10 minutes, you’re probably sleep-deprived. To see if you require more or less sleep: set an alarm for the time you need to be awake and try to go through the day without any stimulants.

☞ Start your day with water and protein: Water will help wake your brain, creating neurotransmitters and hormones. And instead drinking coffee for energy, keep in mind that scientifically, that’s what food is for. Choose protein like eggs and avocado.

☞ Move: Taking a walk or doing some stretches at the start of your day can improve mental clarity and increase blood flow. It is especially good for those who spend much of their day hunched over in front of a computer screen.

Facebook’s blue color scheme is due to Mark Zuckerberg’s colorblindness. Blue is the color he sees best.

In Italy, there is a fountain that flows red wine 24-hours a day. It is free to everyone, except for “drunkards and louts”.

In a day, your brain uses the amount of energy contained in 2 large bananas.

Windmills always turn counter-clockwise. Except for the windmills in Ireland.

Question: In a survey, this food was found to be the one that people are LEAST likely to say they hate. What is it?

A retired Indian couple is suing their son and daughter-in-law, demanding that they produce a grandchild within a year or pay them 50 million rupees (US $675,000). Sanjeev Prasad said it was an emotional and sensitive issue for him and his wife, Sadhana, and they cannot wait any longer. Prasad said that he and his wife spent his life’s earnings on his son’s education to become a pilot, and arranged for him to get married 6 years ago, but his son and daughter-in-law. “have an attitude that they don’t think about us.”

• Whyzit when someone says ‘Got a minute?’, you might as well pencil them in for the next 2 hours?

• Whyzit insurance always seems to cover everything EXCEPT what happens?

• Whyzit the amount of sleep needed by the average person is always “10 minutes more”?

• Whyzit we think the traffic light will change if we talk to it?

• If sleep regenerates us, whyzit we look like that when we first get up in the morning?

"I just want to lie on the beach and eat hot dogs. That's all I've ever wanted."

Here’s a combination of words I never thought I’d see grouped together: ‘carbon-negative hotel’. But that’s exactly the situation in Denver, where the Populus Hotel, inspired by the aspen tree that the state of Colorado loves, is looking to become the first-of-its-kind in America that removes more carbon than it uses. At the almost-finished building, there’s no parking, removing the need for digging and building an underground lot, and encouraging guests to use public transit. The low-carbon outside design of the hotel was inspired by aspen bark, and a super insulating material was used to greatly reduce energy consumption. The roof is lined with solar panels, and for every ton of CO2 produced from energy use, the hotel will buy “carbon offsets” — trees planted by a third party that will absorb CO2 throughout their lifetime.