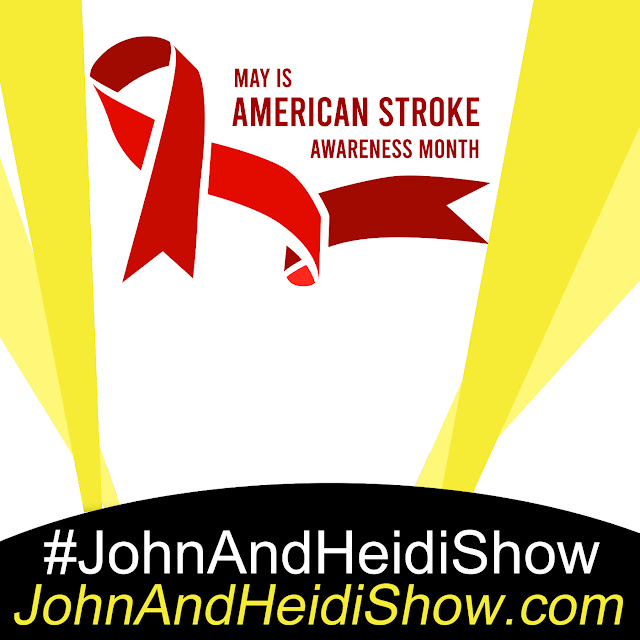 May is National Stroke Awareness Month

Know the signs of a stroke and act F.A.S.T. (face drooping, arm weakness, speech difficulty, Time to call 911 if someone is having a stroke. https://www.medtronic.com/stopstroke

National Have a Coke Day

In each city, we looked at the size of the nudist population, legality of public nudity and toplessness, and gardener-friendliness. We also looked at weather conditions and safety.

Dig into the 10 best cities for gardening au naturel (and the 10 cities where you’ll want to stay clothed in the yard) below. You’ll also find some highlights and lowlights from our report.

Elon Musk’s gag April 27 gag tweet, which read: “Next I’m buying Coca-Cola to put the cocaine back in” has become the 2nd most-liked in Twitter history (4.7 million). Number one is the tweet announcing Chadwick Boseman’s death in 2020 (7.2 million).

Ever since Netflix announced “That 90s Show”, a continuation of the classic Fox sitcom “That ’70s Show”, fans have been clamoring to know who would return. Kurtwood Smith and Debra Jo Rupp were confirmed to reprise their roles and ‘Red’ and ‘Kitty Forman’, but now, we know almost the whole core cast will return in some capacity. Topher Grace, Laura Prepon, Ashton Kutcher, Mila Kunis and Wilmer Valderrama will all appear on That ’90s Show, meaning beloved characters ‘Eric Forman’, ‘Donna Pinciotti’, ‘Kelso’, ‘Jackie’ and ‘Fez’ will all make their way back to Point Place, Wisconsin. The one missing key cast member is Danny Masteron’s ‘Steven Hyde’. Masterson has been accused of multiple sexual assaults and is awaiting trial. Those who are returning are said to be making guest appearances, meaning they won’t be on every episode.

Netflix has put the hammer down on another show, and this one is definitely a royal flush. The streaming service has canceled Meghan Markle’s animated series “Pearl”. The show was set to be the first animated series for Archewell Productions, the company set up by Markle and Prince Harry at Netflix in 2020. Pearl, which was created by the Duchess of Sussex, was originally announced last summer, with Markle a co-executive producer. Pearl, a working title, was set to follow a 12-year-old girl who finds inspiration from historical figures throughout history.

Pete Davidson has once again proven his commitment to Kim Kardashian in the form of ink – or so it seems. The “SNL” star was photographed leaving the Fonda Theatre in Los Angeles over the weekend with a new tattoo on his neck that appears to read “KNSCP.” Fans on social media speculated the “K” stands for “Kim,” while the other letters could be a tribute to the 4 kids Kardashian shares with ex Kanye West: North, Saint, Chicago, and Psalm. This wouldn’t be the first time Davidson has gotten an inked tribute to the reality star. He previously had Kardashian’s name branded on his body, and has a tattoo that reads, “My Girl Is A Lawyer,” among others.

MIT engineers have developed a paper-thin loudspeaker that can turn any surface into an active audio source, essentially allowing you to convert any room into a concert hall. The thin-film loudspeaker produces sound with minimal distortion while using a fraction of the energy required by a traditional loudspeaker. The hand-sized speaker, which weighs about as much as a dime, can generate high-quality sound no matter what surface the film is bonded to.

A California couple managed to have the wedding of their dreams on a shoestring budget of just $500. Kiara and Joel Brokenbrough’s big day had all the bells and whistles of a traditional ceremony — a tuxedo, a white dress, cake, flowers and dancing – but none of the big price tags. For example, while the average wedding dress costs about $1,600. Kiara ordered hers online, and spent just $47. Kiara made her own invitations, and the wedding took place in a public park, so that was free. Her mother is a pastor, so she officiated at zero cost. The flowers were paid for by Kiara’s godmother. The music? Kiara created a playlist on iTunes, of course. The 40 guests at the rehearsal dinner paid for their own meals. Why the frugality? The Brokenbroughs were committed to not starting their new lives in debt. Kiara quote: “A wedding is beautiful and ours was beautiful but…I don’t want to mess up our long-term goals for this one little day.”

Melting an ice cube in your mouth burns about 2.3 calories.

Women are attracted to the scent of Good & Plenty licorice candy and cucumber.

The word “hipster” goes all the way back to the 1930s, when it was used to refer to someone in the jazz scene.

Blue-eyed people tend to have a higher alcohol tolerance than those with darker eyes.

The first artificial Christmas trees were produced by a toilet brush manufacturer.

They used the same bristles, simply dyeing them green.

Research shows that, for luxury brands, the ruder the sales staff, the higher the sales.

Question: In a survey where people were asked to name something in their house that doesn’t work, THIS came in at #1. What is it?

Answer: The ice maker in the fridge

It’s definitely good news for those of us who’d rather spend our sunny afternoons watching the grass grow than cutting it. A charity is encouraging people NOT to mow their lawns during May in a bid to help local ecosystems. That’s right, “No Mow May” encourages us to keep the lawn mower in the garage this month, then take part in a survey to see what’s been growing. The UK charity Plantlife says the initiative not only gives an opportunity for all sorts of interesting wild flowers to grow, it is also a great help to bees and other pollinators by providing more nectar for them. In 2019, respondents to the end-of-May survey found 250 wild plant species, including wild strawberries and wild garlic. LINK: https://nomowmay.plantlife.org.uk/what-is-no-mow-may/

SMALL DETAILS TO WATCH FOR BEFORE MARRYING SOMEONE:

(According to an “AskReddit” thread…)

✗ “Getting along with the partner’s parents…My in-laws treated me like an outsider throughout my 18-year marriage.”

✗ “How they treat strangers — like waiters, customers, taxi drivers, etc. It says a lot about their character.”

✗ “Has your partner ever apologized to you, or do they have to ‘win’ every argument? If neither of you can’t admit wrongness or bend at all, that’s a terrible sign for your future.”

✗ “Your partner’s relationship with money and finances.” (Yeah, that might not be a “small” detail…)

✗ “Their everyday reaction to your presence. Do they look up at you when you enter a room? Do they smile, or do they ignore you?”

✗ “How do you each like to spend your downtime? Do you share hobbies like the same types of shows or movies?…It’s important to make sure that you can comfortably just coexist together

✗ “Don’t marry someone until you’ve seen them stressed, or until your relationship has been stressed.”

✗ “Travel together for at least a week…A quick way to gauge all of the small things that could be considered before deciding to commit with someone is to share personal space in a place that is outside both of your comfort zones.”

✗ “As someone who does couples counseling: Kids and parenting. Kids are ‘literally’ small things that get overlooked in the discussion.

✗ “The cleanliness of the person’s house. If you feel the urge to wipe counters and pick things up while you’re over there, do you want to spend the rest of your life picking up after this person?”

✗”My policy is to reach out to at least a couple of exes. I created this policy after falling for the ‘all of my exes were crazy’ thing. In my case, he had major, major issues, and the consequences for me were significant.”

"Sometimes you lie in bed at night and you don't have a single thing to worry about. That always worries me!" - Charlie Brown