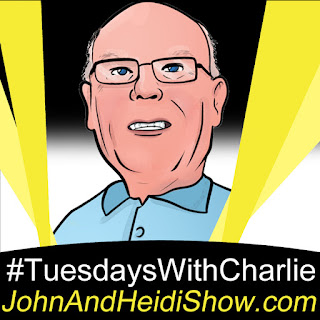 
It may not come as a surprise to you, but according to science, if you and your partner are planning a holiday, it’s best to let the female choose where. No only do women put more research into vacation planning, they also make better decisions, according to a recent study. Skyscanner found that 75% of women do the research when planning a holiday, and 95% of both men and women are happy with this arrangement. And other studies have found that women are more likely to spend time looking for a good holiday, and analyzing a number of criteria such as hotel reviews and local travel advice. Men, however, are more “decisive”, but book a holiday more impulsively with less research. A 2017 study found that women do more of the organizing for a holiday too, such as packing, arranging travel insurance and asking neighbors to water the plants, while men tend to book airport parking and buy foreign money. By the way 66% of men THINK they do most of the holiday arranging.

Laser tattoo removal doesn’t erase your tattoos. It breaks down the ink particles so your white blood cells can carry them to your liver. THEN what? Yup. It seems that laser tattoo removal actually results in you pooping out your old tattoo.


Helen Mirren once again assumed the role of Queen Elizabeth I for the Queen’s Platinum Jubilee celebrations to mark her 70th year on the throne. The first official Jubilee celebration event, named “A Gallop Through History” featured 1,300 performers and 500 horses at the Royal Windsor Horse Show arena, broadcast live from Windsor Castle. 76-year-old Mirren, who played Queen Elizabeth in the 2005 drama “Elizabeth I”, performed her famous speech to the troops in a historic royal gown and hat, saying at one point: “I know I have the body of a weak and feeble woman; but I have the heart and stomach of a king, and of a king of England too.” Mirren appeared as Queen Elizabeth II in the West End play “The Audience”, and the film “The Queen”, for which she won an Academy Award.

“Married…With Children” could soon be the latest TV series return after decades off-air. But it would come with a slight tweak. The original cast is all set for a reboot, including Ed O’Neil, Katey Sagal, Christina Applegate and David Faustino. But they won’t be returning in live-action, but in animated form instead. The idea is currently being pitched to TV networks and streaming platforms, with Fox, Hulu and Peacock reportedly showing “strong interest”. Fox carried the original series, unceremoniously canceling it in 1997 after 11 seasons, without a proper finale.

Fox executives have “no regrets” over their controversial decision to include Rudy Giuliani on “The Masked Singer”. During a conference call with reporters, Fox Entertainment’s Rob Wade said the only disappointment to him from the whole scandal was Giuliani’s participation was leaked before the season began. Giuliani was finally revealed to be the Jack in the Box singer during an episode that aired on April 20. Wade said: “The marketing is all about delivering jaw-dropping moments, which is exactly what the casting accomplished…I suppose my only regret or surprise was obviously the reveal was spoiled [by the press], but kudos to you guys. Just please don’t do it again.” Fox recently renewed the show for Season 8.

Now that we’re well into “No Mow May”, when it’s been suggested that we NOT cut our grass to allow flora to grow and give bees, butterflies and beetles better access to nectar early in the year, it’s time to start thinking about the next excuse to skip yard work, for environmental reasons, of course. That’s right – it’s your annual reminder that we should all just leave those dandelions be. Don’t mow ‘em (even after the end of May…), don’t dig ‘em out, and for goodness sakes, DO NOT treat them with chemicals. Why? It’s for the bees, again. Roger Croll of the Halifax Honeybee Society backs up the comments of many on social media, who pointed out that dandelions are an important source of food for bees emerging after a long winter of hibernation. As you know, bees have had a tough time lately, so any help we can give them is important.

Coca-Cola is making a change to its bottles, aimed at preventing littering and giving a boost to recycling. In a design move, which is apparently the first for any major soft drink company, Coca-Cola drinks will soon have attached caps. The change is set to come into place this month in Scotland, and will be seen on bottles of Coke, Coca-Cola Zero Sugar, Diet Coke Dr. Pepper, Sprite and other drinks. It is hoped that with the attached caps, Coca-Cola drinkers will be encouraged to recycle the entire product, rather than discarding or littering the caps before putting the bottles in recycle. By early 2024, Coca-Cola Great Britain plans to have switched all its bottles to the new design. No word if there are plans to follow suit in other areas, such as North America. LINK: https://tinyurl.com/ynpuhd6z


The fuller your fridge is, the more energy-efficient it is.

In ancient times, spider webs were used as bandages.

Overly tight ponytails (and manbuns) can cause bald spots.

Queen Elizabeth II has a rubber duck in her private bath, which wears an inflatable crown.

Question: It takes the average person 8 seconds to do THIS. What is it?

A Canadian Member of Parliament has apologized after being called out by the opposition for participating in House of Commons proceedings virtually from a washroom stall. Last Friday, during a debate, Conservative MP Laila Goodridge flagged the speaker of the house, saying that it appeared the Liberal MP for Brampton Centre MP Shafqat Ali was participating from “a washroom.” The speaker reminded parliament that “we have to be very prudent on how we use our devices, and to be aware of the surroundings when you are online.” Monday morning, Ali appeared in the House chamber virtually (not from the bathroom), and apologized “for the unfortunate event that transpired last Friday.”

3. Mistiming a hug or kiss

5. Spilling drink on your clothes

6. Spilling food down your front

7. Bumping into an ex

8. Calling them the wrong name

9. Telling a joke but it not landing

11. Having food in your teeth

12. Laughing at something they said that isn’t funny

14. Calling them your ex's name

15. Getting a horrible spot on the day of the date

17. Having a coughing fit

18. Saying a joke and offending your date

19. Spilling drink on your date

20. Laughing and drink coming out your nose

21. Having an outfit disaster

23. Confusion over who is picking up the bill

24. Constantly talking about your ex

25. Your card getting declined

26. Having a hair disaster

27. Getting caught texting a friend about the date

28. Eating something garlicky and having stinky breath for the rest of the date

29. Ordering the spiciest thing on the menu unintentionally and not coping

Getting IDed at the bar

"Never put off till tomorrow what you can do the day after tomorrow just as well."