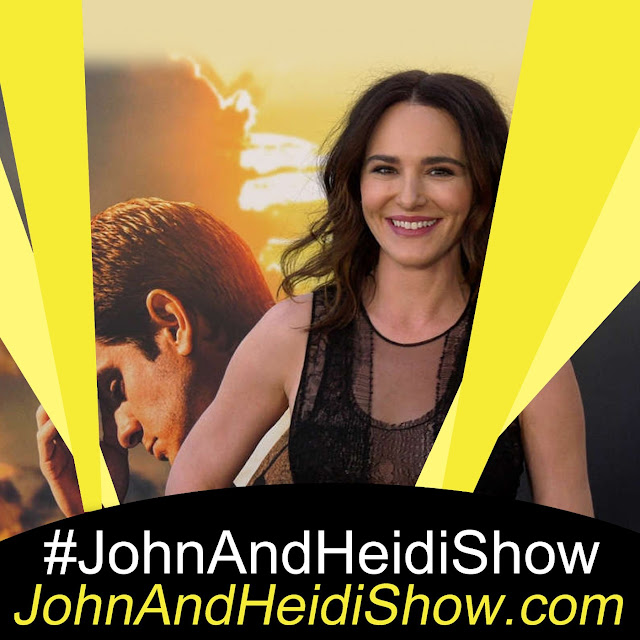 Today we visit with actress Tyner Rushing (Stranger Things, Ruthless, The Resident, The Next Level) about several amazing projects!! FX's Under the Banner of Heaven opposite Andrew Garfield is now available on Hulu, and Amazon's The Terminal list opposite Chris Pratt (playing his best friend) set to release on July 1st.

How often do you tell a lie? A recent study showed that 60% of people admitting to lying after just a single 10-minute conversation. So, maybe the better question is: How can you tell when someone else is lying? After a ton of research, Aldert Vrij, a professor of applied social psychology at the University of Portsmouth, says he knows a simple trick to indicate when someone isn’t telling the truth. What you want to do is to find a way to increase their ‘cognitive load’, so that maintaining a lie becomes more difficult. What does that mean? Simply get the person whose honesty is in question to focus part of their attention on another concept or task while you question them about whatever you think they might be lying about. It turns out that mental distraction can trip up even the most earnest liars (if there is such a thing…). Or, as the professor says: “Truths and lies can sound equally plausible as long as lie tellers are given a good opportunity to think what to say.”

Researchers have linked spending more time playing video games with a boost in intelligence in children, which should go a long way in contradicting the narrative that gaming is bad for young minds. In a study of almost 5,000 9-and 10-year-olds, researchers in Sweden and Amsterdam found that kids who spend more time than the norm playing video games saw an increase of 2.5 IQ points above the average raise in that time frame. Watching TV and using social media didn’t seem to have a positive or negative effect on intelligence.

Netflix is ready to roast Tom Brady. The iconic NFL quarterback is set to be the first subject of what will be a series of new Netflix comedy specials called “Greatest Roasts of All Time” or “GROAT.” Brady, who will serve as exec producer on his own and future roasts, said: “To quote my good friend, Marshawn Lynch … ‘I’m just here so I won’t get fined.’” His roast will be filmed in 2023, following his next season in the NFL. Netflix’s comedy head jokingly said: “We can’t wait to burn 3-time Super Bowl-losing quarterback Tom Brady, who only went back to the NFL in order to delay this roast.”

Gordon Ramsay has been awarded $4.5 million in damages after going head-to-head with his former business partner Rowen Seibel in court. Seibel sued the fiery chef in 2014, but a judge in New York Superior Court ruled last week that Seibel was “not a credible witness,” and appeared to have “fabricated evidence.” Ramsay and Seibel opened The Fat Cow restaurant at a swanky outdoor shopping mall in Los Angeles, in 2012. But when it closed in 2014, Seibel sued Ramsay, claiming the chef had “deliberately mishandled a trademark problem” for the eatery — and then “formed a new company with new partners” and negotiated a deal to open a new restaurant in the Fat Cow’s space.

It would be the biggest comeback in Hollywood history — and a slap in the face to Will Smith. Speculation is mounting that Chris Rock will be named host of next year’s Oscars — after being spectacularly smacked down at this year’s ceremony by Best Actor winner Smith. ABC’s President of Entertainment Craig Erich says he’s open to having Rock helm the 2023 Academy Awards. Erich also said next year’s show, which will be held in March, will be “even better.” The broadcast exec told Deadline that he is happy with the ratings for this year, but the decision to have Rock host next year would likely increase viewership astronomically.

TIPS ON STRETCHING YOUR FOOD BUDGET AS GROCERY COSTS SOAR:

⇒ Store produce properly: With recent supply chain issues, some feel that the quality of produce has decreased, and with it, its shelf life. Freeze the stuff you aren’t going to use right away. Ripe fruits like avocados can be extended by a few days when kept in the fridge.

⇒ Weigh the cost and benefits: Sure, some items might be cheaper at a store on the other side of town, but when you factor in time and travel costs, is it worth it? And only buy in bulk if you’re going to eat it before it goes bad. (No fear of this at my place. We have teenagers…)

⇒ Be flexible with recipes: This can be big help, rather than shopping from a rigid list that doesn’t take into account what’s on sale or in season, or what you already have on hand. For instance, if there’s a bag of arugula on sale, grab that instead of the spinach on your list.

⇒ Team up: Some people belong to chat groups with family and friends, focused on spotting and sharing good deals. Sometimes these go as far as offering to pick up a certain sale item for everyone who’s interested, thus saving then time, money, and travel costs.

The first frisbees were empty pie tins from the Frisbee Pie Company of Bridgeport CT.

An Alabama man was once sentenced to 10,000 years in prison.

Depending on who is sniffing, a man’s sweat can smell like urine, flowers, vanilla…or sweat.

Question: In a survey, 18% of people admitted to stealing THIS from work. What is it?

Some people are a little blown-away by what you can get at Burger King in Germany these days. German BK has dropped a new range of burgers and to many, the menu is – uh – gross. Customers can choose from fried egg and banana, a currywurst sausage on a burger bun with a marinated herring, vanilla ice cream with eggs and olives on a burger bun, or the pièce de résistance: a burger with layers of pancake, fresh raspberries, ice cream, regular cream, and beef. Of course, the new menu has caught fire on social media, with one commenter saying: “It looks like you asked a 6-year-old to combine all his favorite foods.” Another wrote: “I might be pregnant because this actually doesn’t sound disgusting.” And that’s the comment that might hit closest to home. Because the new special menu is aimed at all the expectant moms in Germany. LINK: https://tinyurl.com/3rt652x8

10 ways to make your binge-watch as comfortable as possible

1. Assemble your snacks before the binge-watch begins

2. Keep no less than three beverages in front of you at all times

3. Get up every hour to stretch

8. Text people about what you're watching