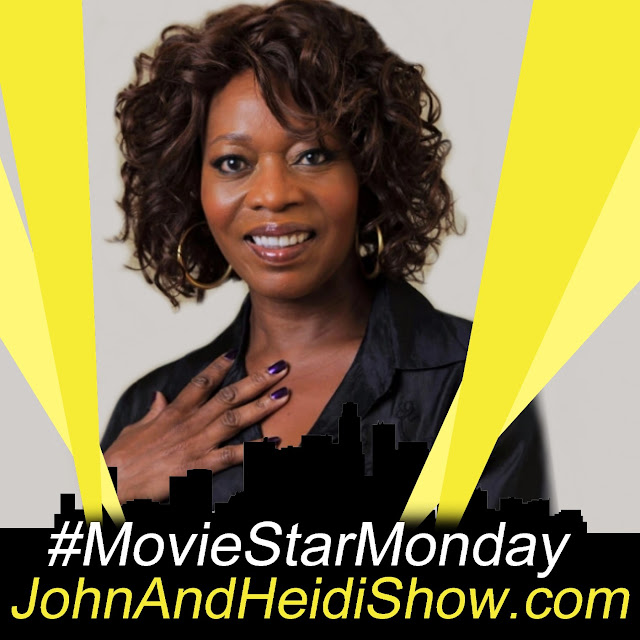 Alfre is in the new BET+ series called The Porter and it's a civil rights drama that'll keep you coming back for more. Alfre Woodard also serves as an executive producer for the series. Set in the early 1920s and inspired by real events, the drama follows two train porters and their friends and families as a tragedy on the job sets them on starkly different paths to better lives - and on a direct collision course with each other. Here's the trailer: https://www.youtube.com/watch?v=UjgaLE16BOo

Alfre will next appear in the Netflix Original Film Fatherhood, alongside Kevin Hart. Other upcoming projects include her role in the Joe & Anthony Russo-directed film TheGray Man with Ryan Gosling and Chris Evans, as well as reuniting with her Juanita co-star Blair Underwood in the psychological thriller Viral.

Most people would like to be tall — especially men. But they may want to reconsider, because scientists have found it could raise the risk of more than 100 diseases. Being tall has been linked in the past with some cancers and stroke, but researchers at VA Eastern Colorado Health Care System analyzed the genes of more than 280,000 people, and found that those considered “tall” are genetically more likely to suffer from 127 medical conditions, including skin infections and abscesses, chronic leg ulcers, bone infections and . . . erectile dysfunction. The study defined “tall” as being over 5 foot 9 [175cm].

An egg a day just might keep heart disease away, according to research. Eggs are chock-full of essential nutrients. Despite that, they also contain a lot of cholesterol. And scientists have debated for decades whether eggs are more beneficial or harmful to heart health. In an attempt at answering that question, a 2018 study of 500,000 adults carried out by researchers at the University of Peking in Beijing, China concluded that daily egg consumption (roughly one per day) results in lower heart disease and stroke risk.

“Top Gun: Maverick” continues to fly high. With no major wide releases over the weekend, Tom Cruise’s latest continued to dominate the box office with a $25 million gross on its second Friday and an incredible estimated $84.5 million second weekend total. Not only is that just a 33% drop from Maverick’s $127 million 3-day opening, it’s also higher than the opening weekend of every other film in Cruise’s career, including all those “Mission: Impossible” movies. “Top Gun: Maverick” was expected to see its domestic total soar to $290 million by the end of the weekend, already making it the top domestic grosser of Cruise’s career before inflation adjustment.

Bhagavan “Doc” Antle, who was featured on the first season of “Tiger King”, was arrested on Friday by the FBI. The reasons for his arrest in Horry County SC were not disclosed. Antle, who was a magician before he founded his first private zoo, now owns and runs Myrtle Beach Safari which features big cats and other endangered species. In 2020, he was charged with 2 felony counts related to wildlife trafficking. He has also been the subject of allegations about inappropriate relationships with minors, and has been accused of operating a cult at his Myrtle Beach business. Antle denies the claims. After his stint on Tiger King, he became the subject of Netflix’s “Tiger King: The Doc Antle Story”, released in 2021.

Stephen King is ready to release a sequel to one of his most popular titles. King told the host of “The Losers Club” podcast that he’s just completed a “story called ‘Rattlesnakes.’ And it involves, at one part, twins who are only 4 years old… falling into a rattlesnake pit. And the snakes get ’em. It’s a terrible scene.” He elaborated, saying that Rattlesnakes… is actually a sequel to “Cujo.” While you may be wondering how a story about snakes could be a direct sequel to a terrifying tale of a rabid dog, CinemaBlend notes that it could be more of a “spiritual sequel” to Cujo.

Prince Louis’ parents are well aware that he stole the show during Queen Elizabeth II’s Platinum Jubilee — even if he misbehaved a little. When Prince William and Kate Middleton shared a roundup of Instagram photos Monday from the 4 days of festivities, they wrote, “We all had an incredible time, especially Louis…”, alongside a “googly eyes” emoji. The Duke and Duchess included many pictures of themselves celebrating the monarch’s historic 7 decades of service, but notably did not throw in any shots of 4-year-old Louis making silly faces. He first made headlines during Thursday’s flypast when he covered his ears and appeared to scream. During Sunday’s event, Louis entertained the crowd with more funny expressions, even sticking his tongue out at his mom while on that palace balcony. He clapped, waved at onlookers and appeared to stand on a chair and throw a cushion before Middleton removed him for a brief break. LINK: https://tinyurl.com/2p8p7muc

When’s the best time to work out, for optimal results? It depends on your gender, according a study from Skidmore College in NY. Researchers monitored 56 people over the course of a 12-week fitness program, which included sprinting, stretching, resistance and endurance training. The good news is that all who took part in the study saw better overall health, regardless of when they exercised. But it was determined that women saw the best results if they exercised in the evening, while for men, the best time is mornings. The factors that differentiate the sexes are likely to be hormonal differences, biological clocks and sleep-wake cycles, the authors said.

Nail biting has been associated with a better immune system because of the exposure to germs that causes your body to build antibodies for.

The bigger an animal’s brain, the longer it will yawn.

On Valentine’s Day in South Korea, only women give gifts.

Question: 40% of women admit they have had their hair cut for THIS reason. What is it?

A 78-year-old California man walked across the stage alongside his high school’s class of 2022 to accept a diploma that spent 60 years locked away in a filing cabinet. Ted Sams was prevented from graduating in 1962 because he was suspended 5 days before the end of the semester and missed a final exam. He made up the exam over the summer, but was told he wouldn’t be given his diploma until he paid $4.80 for a book he failed to return. Sams’ old school, San Gabriel High School, invited him to finally accept his diploma at this year’s graduation ceremony. He was presented with his original diploma, which had spent the previous 60 years locked away in a filing cabinet at the school.

• Can music pirates get scurvy?

• Is it scientifically possible to keep a pair of sunglasses longer than 3 weeks?

• If you don’t slice the pizza, is it considered 1 piece?

• Do sore thumbs really stick out?

• They say hard work never killed anybody, but did you ever know anyone who rested to death?

• Why is it called ‘after dark’ when it’s really ‘after light’?

• What part of a monkey do you use a monkey wrench on?

"I don't care what they say about me. I just want to eat." - Pam Beesly, The Office