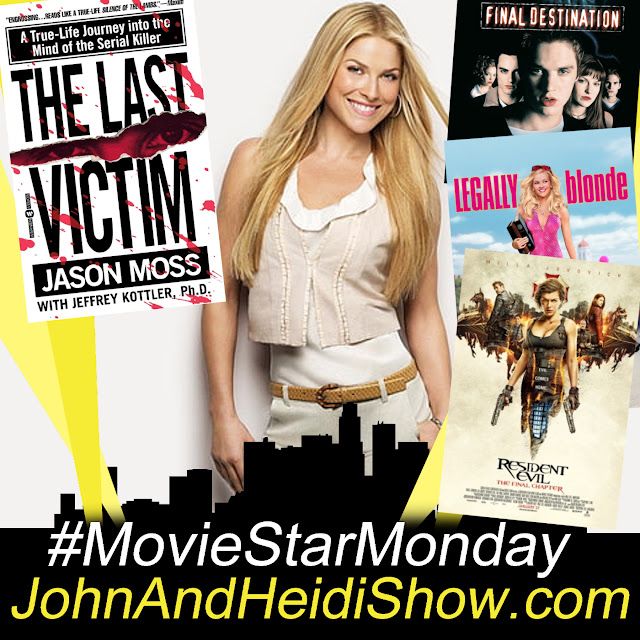 Researchers from Yale have found that music fans who attend festivals such as Burning Man or Coachella find themselves “transformed” by their experiences – in a good way. Those who say they felt transformed by the gathering reported feeling more connected to humanity and were more likely to help strangers. The lead author of the study said: “We’ve long known that festivals, pilgrimages, and ceremonies make people feel more bonded with their own group. (The study found) that experiences at secular mass gatherings also have the potential to expand the boundaries of moral concern beyond one’s own group.”

Everyone agrees that the right song can brighten even the darkest of days, but new research says “groovy” music can even enhance brain function! That’s right, dancing your Saturday nights away may sharpen your thinking skills. Scientists in Japan report that “music with a groove” can significantly increase measures of executive function and associated brain activity. There is a catch, though: You have to be familiar with the tune.

Could wedding bells ringing this summer for J-Lo? Jennifer Lopez wants to marry Ben Affleck “sooner rather than later”, according to a source. The pair are still unsure when they will tie the knot but she would be OK with getting hitched “as early as this summer” after they shared their intention to get married last month. The 2 got back together in 2021, after calling off their first engagement in 2004. US Weekly reports that an insider with knowledge indicates that Lopez “wants the formalities out of the way so they can start their journey as man and wife sooner rather than later.” And added she would say “she’s not in a rush to get married, but her friends think otherwise. The truth is that if Ben wanted to push this forward as early as this summer, she’d be totally down with that.”

“Bridgerton” star Ruby Barker said she’s “happy to be alive” after being discharged from hospital over recent mental health struggles. In a video shared on Instagram last week, the 25-year-old revealed she was hospitalized after “struggling since ‘Bridgerton.’” Providing an update after leaving hospital on Monday, Barker — who is best known for her role as ‘Marina Thompson’ in the Netflix period drama — thanked everyone for their support, saying “You’ve made me feel so happy to be alive,” in a new video. She went on to say she “can’t wait for the future”, and is “in a beautiful environment right now, taking some time for myself to relax and breathe.

➠ Breeze: Almost any breeze above 1mph (1.6kph) makes it difficult for them to fly. Pick a breezy spot outdoors…aim a fan on you at night. It works better than those fancy ultrasonic devices and apps.

➠ Stay Cool: Mosquitos are drawn to you by the pheromones released in your sweat, so cool off and don’t sweat. Yes, easier said than done in the summer.

➠ Give your heart a breather: They also search for carbon dioxide to identify food sources. Exercise, alcohol, and spicy foods all increase CO2 production.

➠ Plant plants: Certain plants discourage mosquitos from hanging around your house. Those include citronella, lavender, marigolds, lemongrass and basil.

➠ Get rid of standing water: Mosquitos can breed in small containers of water like a birdbath or even water sitting around your plants…and so can some viruses common to mosquitos.

➠ Avoid scented products: Any scented perfume, lotion, or soap could attract them.

An ear of corn always has an even number of rows, usually 16, made up of 800 kernels.

According to sushi masters, rolls and Nigrini should be eaten with your hands. Only Sashimi is supposed to be eaten with chopsticks.

The first Harley-Davidson motorcycle, built in 1903, used a tomato can for a carburetor.

Dwayne “The Rock” Johnson eats about 10 pounds of food every day.

Question: Moms are twice as likely as dads to admit this. What is it?

Answer: That they have a favorite child!

Dwayne Johnson’s daughter Simone Johnson has shared her professional wrestling name ahead of her WWE debut. Following in the footsteps of her father ‘The Rock’, 20-year-old Simone signed a deal with WWE in 2020, but her debut was postponed after she suffered injuries that required surgery. Recently, she shared her wrestling moniker, “Ava Raine”, on social media. And of course, some people criticized her for not making it clearer that she is connected to the Rock. She was having none of it, though, shooting back that she “could build my entire career around my father & people would still bash me anyway.” She’s actually a 4th-generation wrestler. Simone’s grandfather and great-grandfather were also pro wrestlers.

THE TOP HOTELS IN THE WORLD:

High Schoolers Step In To Help After 6th-Grader Says No One Signed His Yearbook
https://www.sunnyskyz.com/good-news/