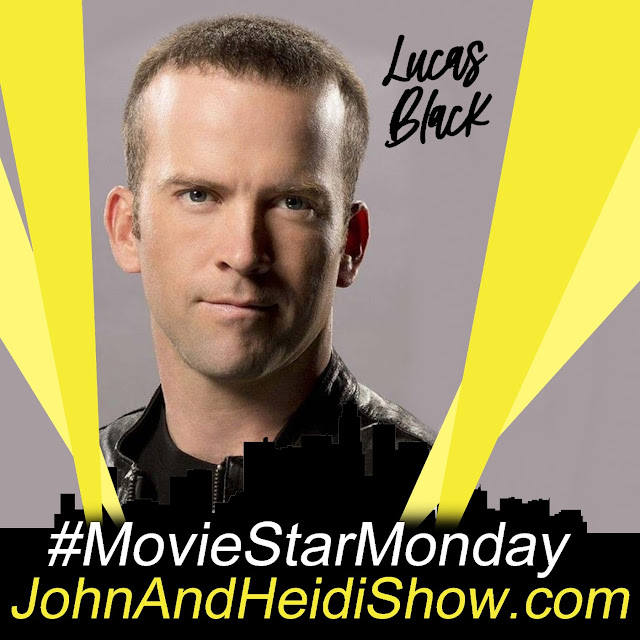 We will talk about his amazing new film Legacy Peak that is now available on PureFlix https://www.pureflix.com/movie/legacy-peak

What is the most-common argument you have with your significant other? According to a survey, some of the top things couples bicker about include leaving the toilet seat up, not putting dishes away, and leaving the lights on. The poll of 2,000 British adults living with a partner found 1 in 4 have been known knock heads over one of them starting on the housework, but not finishing it. Other quarrels near the top of the list: Not dusting properly, failing to “squeegee” the shower after use, crumbs in the bed, and whose turn it is to clean the floor. But we’re not done yet; also reported were clashes over how much time they spend on their phone, leaving dishes to soak for, like, ever, before washing them, and not taking the trash out.

The late Queen Elizabeth had an obsession with not only her corgis — but was also a secret gamer. The Monarch shared a love of the Nintendo Wii with her grandson Prince William, according to sources, and was gifted a gold Nintendo game console by the company in 2009. The Queen especially took a shine to the bowling game on the system after seeing William playing it at Sandringham Palace. The source said of the queen: “She played a simple 10-pin bowling game…and was a natural. It was hilarious”, leaving William “in fits of laughter.”

Chris Hemsworth doesn’t plan to get quite as ripped for his next appearance as ‘Thor’. The 39-year-old has starred as the God of Thunder since 2011 – but says he won’t bulk up as much in the future. Why? Quote: “Each time I’ve played the character and put the muscle on and put the size on, and then lost it for something else…and I used to say it sort of got easier each time. (For “Thor: Love and Thunder”,) this was particularly hard.” Hemsworth said he found his workout regime to be “exhausting”, and he plans to scale back his training, because “Maybe I’m getting old, but things just started to hurt more” and has a detrimental effect on his energy levels, probably due to overtraining.

Director James Cameron has announced that “Avatar 4” is in the works, despite the fact that “Avatar 2” hasn’t even been released yet. While Cameron wasn’t actually at the highly-awaited D23 expo, he did disclose via pre-recorded video that the 4th film in the franchise has already begun production. Cameron also shared footage of “Avatar: The Way of Water” at the Disney fan event, which contained scenes of a showdown between ‘Neytiri’ (Zoe Saldana) and ‘Jake Sully’ (Sam Worthington), fighting about whether to leave their home because of all the imposing threats. One journalist marvelled over the film’s special effects, writing: “The Avatar: The Way of Water scenes shown to the D23 crowd suggest it’ll be the most visually stunning cinematic experience of all time. I just hope I care about the story!” The second Avatar film is scheduled for release Dec. 16.

If you need some extra motivation to put that phone down, here it is: New research by The Ruhr University Bochum in Germany finds that spending just 30 minutes less on social media daily and replacing that time with physical activity can work significant wonders for mental health. Study subjects who followed this routine for 2 weeks reported feeling much happier, more satisfied, less stressed over COVID-19, and less depressed, in comparison to a control group. And notably, the benefits lasted for as long as 6 months after the study ended.

Sure, hearing those 3 sweet words, ‘I love you’ definitely makes you happy – but not as happy as when your team wins! A poll found that hearing ‘I love you’ from one’s partner makes people feel good for an average of 4 hours. The boost from a favorite sports team’s victory? Four hours and 9 minutes of happiness! But we’re also happy to report that humanity isn’t completely shallow. Spending time with family was found to give people the longest glow, at 4 hours and 33 minutes, closely followed by a coming home from vacation with a nice tan. And interestingly, finishing a workout leaves people feeling happier for 30 minutes longer than chowing down on junk food.

Chewing gum boosts mental proficiency and is considered a better test aid than caffeine – but nobody knows why.

Pope Francis has been given many extravagant gifts over the years, and one of them was a Harley-Davidson motorcycle.

The quietest room in the world, in Minnesota, is measured in negative decibels and is so quiet that you can hear your own heartbeat and your bones moving.

Question: A recent survey found that 23% of people have purchased THIS while under the influence? What is it?

NASA plans to intentionally crash one of its spacecraft into an asteroid this month in a test that may one day protect Earth from catastrophe. On Sept 26, the space agency will use the Double Asteroid Redirect Test spacecraft (DART) as a battering ram to crash into an asteroid not too far away from Earth. While the asteroid poses no threat to Earth, “this is the first test of the kinetic impact technique, using a spacecraft to deflect an asteroid for planetary defense”, according to NASA. The DART system launched with a rocket from the Vandenberg Air Force Base in California last November. If things work out according to plan, NASA will try the technique on larger asteroids

Catching up on your binge-watching this weekend? Chances are, you’ve got your work cut out for you. The average person has 13 TV shows and 16 movies on their watchlist to get through — averaging a total of 104 hours. That’s enough material to last you an entire flight around the world twice over. According to a OnePoll survey of 2,000 Americans, 68% of have a TV show and movie watch list so long, it’s “nearly impossible” for them to get through it. And what’s keeping us from getting through it? The biggest obstacles are dealing with the list consistently getting longer (43%), that it’s already too long (29%) or that it’s overwhelming (25%). The most popular shows on people’s current watch list are “Stranger Things” (24%), “Game of Thrones” (21%), “The Walking Dead” (21%), “Breaking Bad” (19%) and “Squid Game” (19%). The average person reported having access to 4 different streaming platforms.

“People who think they know everything are a great annoyance to those of us who do.” - Isaac Asimov