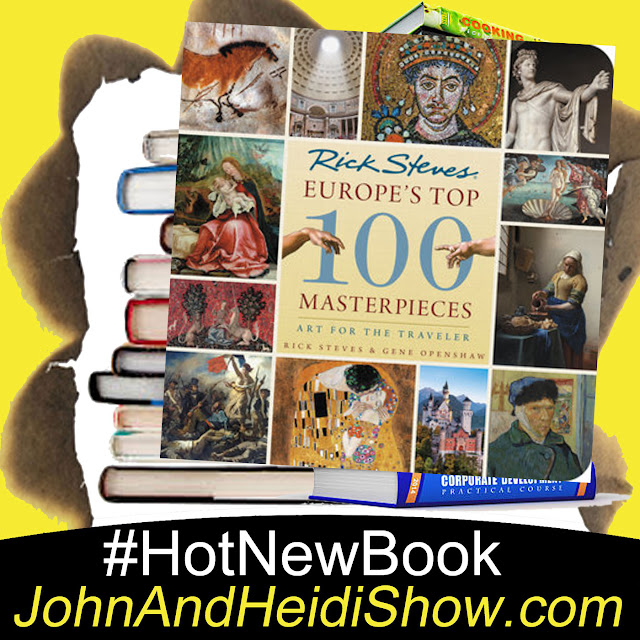 Apparently, not everyone is good at multitasking. A team from the University of Rochester Medical Center has found that walking can boost cognitive performance – but only for some people. Some young and healthy people performed better on a series of cognitive tasks while walking, while others did not. And oddly, there was no effective predictor of who would fall into which category. The study’s author says they had expected that all test subjects would respond similarly, but the study shows that it’s simply easier for some people to “dual task” than it is for others.

Some Belgian scientists say they have developed a way to make beer taste even better. They’ve successfully engineered a gene responsible for the strong flavor of beer and other alcoholic beverages. It’s a long, technical explanation, but we’ll just trust them when they say it has to do with modifying a yeast strain to give beers more of that fruity, banana-like flavor that it is known for. They admit their work was supported by a brewing company, which hopes to make use of the technology in a patent, meaning other brands of brew might miss out.

“Dahmer” has been dethroned from the top of the Netflix Top 10 chart, but its successor isn’t all that different. The true-crime drama slipped to the #2 spot while “The Watcher” soared to #1. Both limited series came from creator Ryan Murphy, who has an overall deal at Netflix. “Dahmer – Monster: The Jeffrey Dahmer Story” is a 10-episode limited series that premiered on Sept. 21 and it has dominated Netflix’s Top 10 list ever since. The show is a dramatization of the life of Jeffrey Dahmer (Evan Peters) and his gruesome crime spree. The Watcher is also based on a true story, though a less well-known one. It is a dramatization of a story described in Reeves Wiedeman’s 2018 article “The Haunting of a Dream House”, about a married couple, played by Naomi Watts and Bobby Cannavale, who move into their dream house in New Jersey, and are then harassed by a stalker in a series of unnerving letters.

Charlie Hunnam suffered a serious spinal injury while making his latest film “Rebel Moon”. The “Sons of Anarchy” star said it could take up to 2 years to fully heal from the injury, which he suffered while training for “some big physical requirements” after he lost weight during the pandemic. He told The Hollywood Reporter he has “a totally exploded S1 and S2 that are torn wide open, a hundred percent dehydrated,” referring to injuries that affect the hips and the groin area, and the back of the thighs. He also indicated he suffered a “40% tear on the ligament on the right side” that holds his spinal column in place. Rebel Moon is an upcoming Netflix sci-fi film directed by Zack Snyder.

A doctor has supposedly finally settled the age-old argument about whether you should keep condiments in the fridge or in the pantry. Australian News Corp columnist Dr. Zac Turner was asked by a reader where some of our favorite condiments, including ketchup, peanut butter and raspberry jam should go. He wrote: “I hope you are sitting down for this, because I’m afraid to tell you that tomato sauce (which is like ketchup), Vegemite and peanut butter do not need to be refrigerated.” He added that similar condiments, such as BBQ sauce and mustard, don’t need to be refrigerated either, due to their “high acidity and processing”. What about after they’re opened, though? Dr. says they still don’t need to be refrigerated, because very little bacteria grow in them. But he reminds us to read the labels to know for sure where the best place is to store them.

‘Tis the season! Sony and vacation rental company Vacasa have teamed up to offer one courageous group of friends a getaway in the Ghostbusters Firehouse. Though the classic 1984 Halloween flick is based in NYC, this faithful reproduction is located in Portland, Oregon. The 3-story firehouse features all the essentials: a P.K.E. Meter, Ghost Traps, Proton Packs, an Aura Video-Analyzer and an Ecto-Containment Unit to store any evil spirits you might come across. The Ghostbusters’ vehicle, the Ecto-1, is even parked in the firehouse bay. Guests are invited to wear the famous Ghostbusters fight suits and snack on Stay Puft Marshmallows, and take part in other creepy activities. The immersive experience will take place Oct. 28-31, because of course it will. And if you’re not brave enough to stay in the firehouse, you can still take a virtual tour on the rental listing. LINK: https://www.vacasa.com/unit/94642

Children grow faster in the springtime than any other season.

The most popular sport as a topic for a film is boxing.

Earth is slowing down: each day is longer than the previous one by milliseconds. In a few million years, a leap year will no longer be necessary.

Prussia’s Frederick the Great liked his coffee made with champagne and mustard.

Nutella was invented during WWII when an Italian pastry maker mixed hazelnuts into chocolate to extend his chocolate ration.

Drying fruit depletes it of 30-80% of its vitamin and antioxidant content.

Question: In a survey, THIS was found to be the thing that annoys people most about their co-workers. What is it?

They’re at it again. Following the release of Busch’s pork-flavored Dog Brew in 2020, the new Busch Light Turkey Brew is out now (just in time for…you know…). And while it’s called beer, the ingredients are actually pooch-friendly. The original Dog Brew consisted of pork bone broth, water, some vegetables, and added herbs and spices. The new Turkey Brew features bone-in turkey, sweet potato, ginger, basil and peppermint leaves, and turmeric, “to provide your best buddy with a nutritious and tasty snack that helps to promote a healthy digestive system.” 4-packs are available now on Busch’s Beer Gear website. And bonus: While Dog Brew might be the perfect beer for your pet, it can be consumed by humans, too (although remember, it’s more tailored to your hound’s tastes). The original Dog Brew sold out in just 24 hours. This time around, the company hopes to keep the batch in stock for much longer. LINK: https://tinyurl.com/42ex2wk5

Here are the top-10 celebs who inspired people to “push past limitations” such as fear and self-doubt, to achieve their goals, according to poll of 2,000 US adults over 30…

It is a scientific fact that your body will not absorb cholesterol if you take it from another person’s plate. - Dave Barry