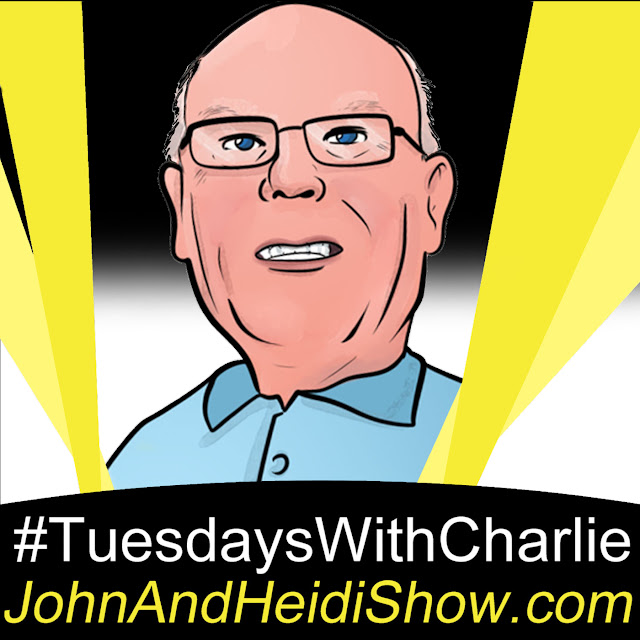 A new study says that some people really are “mosquito magnets” — and it probably has to do with the way they smell. Researchers at Rockefeller University found that people who are most attractive to mosquitoes produce a lot of certain chemicals on their skin that are tied to smell. And bad news if you’re one of them: The bloodsuckers stay loyal to their favorites over time. In a study, 64 volunteers wore nylon stockings around their forearms to pick up their skin smells. The stockings were put in separate traps, then dozens of mosquitos were released. The researchers found that mosquitos consistently swarmed to the most attractive subjects, and over time it was determined the biggest mosquito magnet was around 100 times more attractive to mosquitoes than the least attractive person (to mosquitos). It was found that “mosquito magnets” had high levels of certain acids on their skin. More bad news: You can’t get rid of these acids without damaging your skin.

An unopened first-generation iPhone has sold at auction in LA for a whopping $39,339.60. The original 8GB iPhone launched in 2007, featured a 3.5-inch screen, and sold for $499. The classic phone attracted nearly 30 bids, with the winner offering enough cash to buy a whopping 39 new iPhone 14 Pros. Without taking inflation into account, the auction sale of the factory sealed OG iPhone represents an increase of more than 75 times its original price.

ABC’s “Beauty and the Beast: A 30th Celebration” has found its ‘Lumière’, ‘Cogsworth’ and ‘Mrs. Potts’. Martin Short, “In Living Color’s” David Alan Grier and Shania Twain have signed on for those roles, and that’s not all. Rounding out the ensemble cast are Rizwan Manji (“Schitt’s Creek”) as Gaston’s loyal sidekick ‘LeFou’, Jon Jon Briones (“Ratched”) as Belle’s father ‘Maurice’; and Leo Abelo Perry (2022’s “Cheaper by the Dozen”), playing Mrs. Potts’ son ‘Chip’. The 2-hour reimagining of the beloved story of “Beauty and the Beast” will be taped in front of a live audience and will air Dec. 15 on ABC, with next-day viewing on Disney+.

Matthew Perry’s addiction struggles became so severe that he “nearly died” a few years ago when his colon burst from opioid overuse. The “Friends” star, loved for his portrayal of ‘Chandler Bing’, has written a memoir, “Friends, Lovers and the Big Terrible Thing” (available Nov. 1), detailing his journey — one filled with incredible highs and shattering lows. He said at the time of his health scare that he suffered a “gastrointestinal perforation,” but now admits that he actually spent 2 weeks in a coma and 5 months in hospital — and had to use a colostomy bag for 9 months. In an interview for the current issue of People, he said doctors told his family he had just a 2% chance of living. When first cast on Friends at age 24, his alcohol addiction was just starting to surface, but by the time he was 34, he said he “was really entrenched in a lot of trouble.” At one point, Perry was taking 55 Vicodin a day and was down to 128 pounds. Perry says his castmates “were understanding, and they were patient,” as he sought treatment. He has been to rehab 15 times over the years, and says he is “pretty healthy now.”

Kanye West is reportedly being sued for $250 million by George Floyd’s family. Citing “harassment, misappropriation, defamation, and infliction of emotional distress,” the Floyd family and their reps shared a release stating the lawsuit is forthcoming. The suit is in response to false claims Ye made over Floyd’s murder during a recent appearance on the “Drink Champs” podcast. The suit will target West, as and his “business partners” and “associates,” arguing that Ye’s comments, in which he said Floyd died of a fentanyl-induced drug overdose, had done irreparable harm to Floyd’s surviving family.

You know the routine: You’re at the supermarket cash register, already horrified at how much you’re paying to feed your family for a week, and the smiling cashier cheerfully asks if you’d like to add a buck or 2 to support that month’s worthwhile charity. Well, contrary to the common belief that shoppers feel good about making donations at checkout, new research says it actually heightens your anxiety. University of Dayton and Ohio University researchers interviewed 60 shoppers, asking them to describe what they felt when they were asked to donate while ringing up their purchases at a variety of retailers. About 40% of the words that these customers used expressed negative feelings associated with anxiety such as “pressured,” “annoyed” and “concerned about being judged.” 7% conveyed other negative sentiments, including “guilty” or “bad.” The rest were neutral, such as “indifferent.” Only about 20% of the words participants used to describe their feelings were positive, such as “nice” or “compassionate.”

Scientists believe that people who dream about an activity will actually get better at it in real life.

Reed Hastings was inspired to start Netflix after racking up a $40 late fee on a VHS copy of ‘Apollo 13’.

Question: If you’re going to do THIS, you probably started planning it 45 days in advance. What is it?

Elon Musk, has scented a new way to make money. Last week, he launched a perfume called “Burnt Hair” that he claims sold 10,000 bottles and earned a million dollars in just a few hours. On Twitter, Musk, who now describes himself on the platform as a ‘perfume salesman’, wrote: “With a name like mine, getting into the fragrance business was inevitable.” Burnt Hair, which goes for $100 a bottle, is described on its website as “The essence of repugnant desire”. Shipping starts early next year for the new product from the guy whose “boring Company” sold flamethrowers at $500 apiece in early 2018, raising $10 million. LINK: https://tinyurl.com/3udutc3y

If you start on Friday, you’ve got 10 evenings to watch 10 classically-creepy Halloween shows before the big night. Or just do what I’m going to do, and binge-watch them all tonight…

✪ Parks and Recreation – ‘Halloween Surprise’: Leslie in a Rosie the Riveter costume. Jerry has a heart attack. Ron takes his girlfriend’s daughters trick-or-treating. And Ben proposes to Leslie.

✪ The Office – ‘Halloween’: Jim pretends to be Michael to torture Dwight. Michael dresses up as a 2-headed version of himself and fires a guy who smashes a pumpkin on Michael’s car. Oh, and Dunder Mifflin downsizes…while everyone is dressed in costumes.

✪ The Simpsons – ‘Treehouse of Horror V’: One of their best, a parody of “The Shining” named “The Shinning.” It features James Earl Jones voicing an alternate universe Maggi.

✪ Boy Meets World – ‘And Then There Was Shawn’: A parody of teen slasher films, where the gang is locked in school detention when a series of eerie events happen, including the deaths of Mr. Feeny, a janitor, and a fellow student. Plus Jennifer Love Hewitt appears!

✪ Buffy The Vampire Slayer – ‘Fear, Itself’: All the characters confront their worst fears during a Halloween party. Coincidentally, the mansion used as a fraternity house was also used in the first season of American Horror Story.

✪ Freaks and Geeks – ‘Tricks and Treats’: There are countless priceless moments in this episode, one of only 18 made of the short-lived beloved series.

✪ American Horror Story – ‘Halloween’: Ghosts take over the Murder House, which becomes hell for Ben and Vivien. The episode was written by “X-Files” veterans James Wong and Tim Minear.

✪ Friends – ‘The One With The Halloween Party’: Surprisingly, it’s Friends’ only Halloween episode. Featuring a guest appearance from Sean Penn, it centers on an arm-wrestling competition, with Chandler dressed as the Easter bunny and Ross as “Spud-Nik.” Phoebe is Catwoman, and Monica is Supergirl.

✪ Roseanne – ‘Boo’: Halloween episodes became central to this show’s identity. “Boo” was the Roseanne’s first Halloween special and showed just how outrageous the Conners could get.

My grandmother started walking five miles a day when she was sixty. She’s ninety-seven now, and we don’t know where the hell she is. - Ellen DeGeneres

'I Just Give From My Heart': Dolly Parton Receives Philanthropy Award
https://www.sunnyskyz.com/good-news/