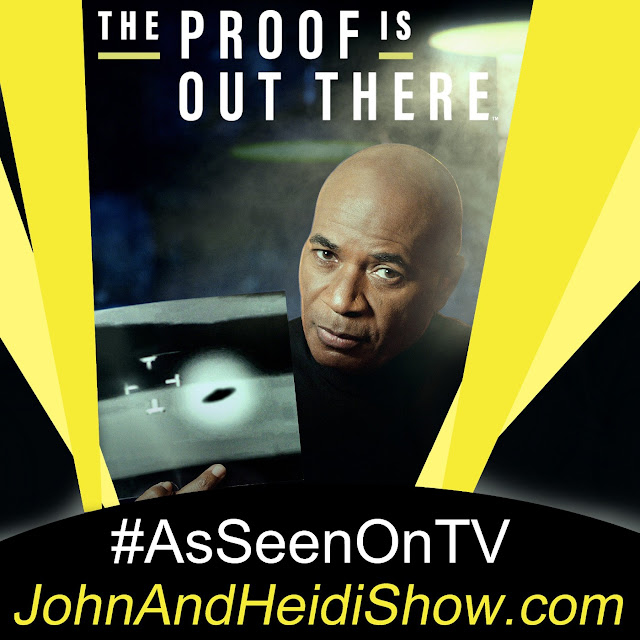 Today we visit with Tony Harris, host of “The Proof is Out There” on History Channel. https://www.history.com/shows/the-proof-is-out-there


Lawn Love gives us the 10 best (and 10 worst) cities for vampires below, followed by key insights from our report.

For years we’ve been told to keep potatoes in a cool, dark place – but not the fridge because of concerns over acrylamide, which has been linked to cancer. It was thought that storing raw potatoes in the fridge can lead to the formation of additional sugars which can then convert into acrylamide when they are cooked. But the UK’s Food Standard Agency’s updated guidance says this isn’t the case, according to the results of a new study – and storing your potatoes in the fridge could dramatically reduce food waste.

Former British Prime Minister John Major has slammed “The Crown” amid backlash over the Netflix series’ historical inaccuracies. Major, who served as PM from 1990-97, will feature as a central character in the show’s upcoming season 5. Major will be played by Jonny Lee Miller, with an episode set to show him meeting with Prince Charles, played by Dominic West. During their closed-door chat, Charles allegedly lobbies for Major to force Queen Elizabeth II to abdicate so that he can ascend to the throne. Of the show’s incendiary scenes, Major told the Mail: “They are fiction, pure and simple, adding that no such meeting ever took place. His office took it a step further, saying that the scenes “should be seen as nothing other than damaging and malicious fiction — a barrel-load of nonsense” for “dramatic impact.”

Welcome to the Marvel Cinematic Universe, Harrison Ford! The “Star Wars” star will take the role of ‘General Thaddeus “Thunderbolt” Ross’ in “Captain America: New World Order”, following weeks of rumors. Anthony Mackie, who recently took over Captain America’s shield in the Disney+ series in “The Falcon and the Winter Soldier” is set to star in the 4th untitled “Captain America” movie. Ford takes over his role from William Hurt, who passed away earlier this year. Julius Onah will direct the film, which is scheduled for release May 3, 2024.

A storm is coming back to movie theaters. It’s been reported that directors are being interviewed to helm a sequel to the 1996 blockbuster disaster movie “Twister”. The film, titled “Twisters”, already has a script from “The Revenant” screenwriter Mark L. Smith, with producer Steven Spielberg looking to fast-track things. While Universal searches for a director, names being floated include Jimmy Chin and Elizabeth Chai Vaserhelyi, who made the Oscar-winning documentary “Free Solo”, as well as “Prey” director Dan Trachtenberg and “Bumblebee” director Travis Knight. The original was directed by Jan De Bont, and starred Helen Hunt, Bill Paxton, Philip Seymour Hoffman and Cary Elwes. Sources say the hope is Hunt will return for the sequel.

Don’t bother worrying if a black cat crosses your path – chances are, it’ll bring you GOOD luck…at least according to cat lovers. In a new survey of 2,000 American cat owners, only 21% believe that black cats bring bad luck, while nearly twice as many (41%) associate them with good fortune. At least one black cat stereotype does hold true, though: which is that black cats love to talk. Half of black cat caretakers describe theirs as “extremely vocal” (48%), compared to only one third (36%) of other cat owners. And people with black cats consider them just as “affectionate” (63%) as the average cat. The OnePoll survey in advance of National Black Cat Day, Oct. 27, also found that, perhaps unsurprisingly, those with a black cat are more likely than other cat owners to list Halloween as a favorite holiday (25% vs 21%) – although Christmas Thanksgiving still took first and second place.

Chickens can see daylight 45 minutes before it is visible to humans.

90% of all airplane collisions occur on the ground.

Horror is the only movie genre in which more women appear than men.

Shakespeare’s “Hamlet” has been adapted into film more than 50 times; “Romeo & Juliet”, 33 times.

Question: One in 11 people admit that they fall into this category…most are men… and they tend to be younger, rather than older. What is it?

‘Bike buses’ are the latest – and some say greatest – way to get to school. The group bike rides allow families to ditch cars for a morning ride with friends, covering miles in organized clusters led by grown-up volunteers. The effort is a way to combat climate change, encourage exercise and reduce school drop-off traffic. And, according to both parents and kids, it also makes for happier students. The bike rides, which make stops to pick up others along the route, similar to what a school bus does, are growing in popularity in several US cities, and are already a thing in other countries, such as Spain and Canada. Scooters are also welcome in bike buses, which are led and trailed by adult supervisors. One organizer notes that kids get to spend time with their friends during their morning commute, and they like the freedom and independence that bikes provide.

• How does a shepherd count his flock without falling asleep?

• Do sheep get static cling when they rub against one another?

• Are there female leprechauns?

• Do judges and lawyers do jury duty?

• Would it be possible for a solar car to travel faster then the speed of light?

• Is it possible for a pig to suffer a pulled hamstring?

I can’t understand why a person will take a year to write a novel when he can easily buy one for a few dollars. - Fred Allen

A Pregnant Firefighter Rescued A Woman Trapped In An Overturned Car, Then Gave Birth https://www.sunnyskyz.com/good-news/