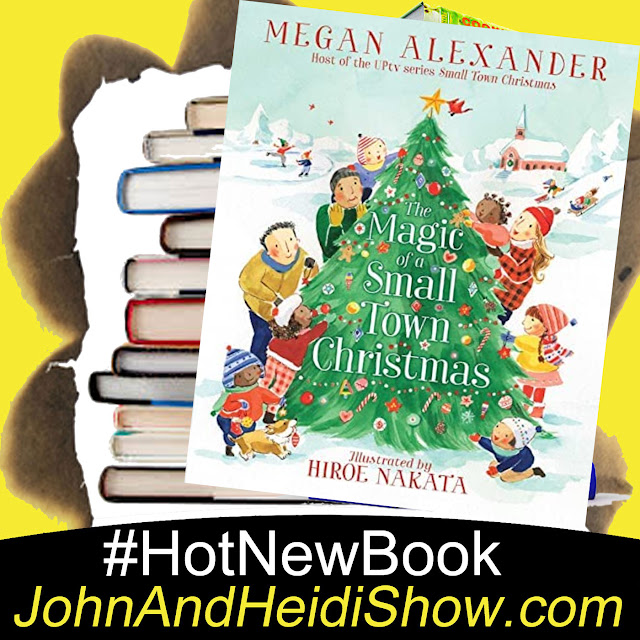 Scientists at the Massachusetts Institute of Technology have discovered that the planet has a “stabilizing feedback” system which keeps global temperatures within a steady and habitable range. One grad student involved in the research said: “On the one hand, it’s good because we know that today’s global warming will eventually be canceled out through this stabilizing feedback. But on the other hand, it will take hundreds of thousands of years to happen, so not fast enough to solve our present-day issues.” In its research, the team examined global temperature fluctuations over millions of years.

As misinformation, fake news, deepfakes, and conspiracy theories continue to roll around on our tech platforms, it’s really no surprise Merriam-Webster’s word of the year for 2022 is “gaslighting.” The dictionary says gaslighting, or “the act or practice of grossly misleading someone, especially for one’s own advantage,” saw a 1,740% increase in lookups this year. Gaslighting beat runners up “oligarch,” “omicron,” “codify,” “LGBTQIA,” “sentient,” “raid,” and “Queen Consort.”

How expensive is “Avatar: The Way of Water”? Early reports claim the production budget alone was in the $250 million range, but director James Cameron isn’t willing to give a hard number just yet. The only answer he would give about the sequel’s budget when asked by GQ was this: “Very f-ing [expensive].” Cameron apparently told Disney and 20th Century Studios execs that his sequel budget was so high, it represented “the worst business case in movie history”, and according to his own estimates, Avatar 2 has “to be the third or fourth highest-grossing film in history” in order to break even. “Avatar: The Way of Water” opens in theaters Dec. 16. The movie’s final trailer was released this week. LINK: https://tinyurl.com/yc4688jh

Nicole Kidman received a warm welcome on Broadway Saturday night when she made a surprise appearance at a performance of Hugh Jackman’s “The Music Man” revival. During an auction for the charity Broadway Cares/Equity Fights AIDS, Kidman made her presence known when she bid the hefty sum of $100,000 for a hat signed by Jackman. Taking the mic at the Winter Garden Theatre, Kidman said: “I love you. I love Broadway. And I love what they do, Broadway Cares, but I also want to say this show is extraordinary.” Kidman’s shouted bid of $100,000 drew an enthused response from the crowd, leading Jackman to joke “I just want to be clear, this is not Australian dollars.” Jackman and Kidman are two of Hollywood’s most prominent Australian actors.

Jennifer Grey has teased “a few other characters” will be returning for the “Dirty Dancing” sequel, though she didn’t confirm who. The 62-year-old actress will reprise her role as ‘Frances “Baby” Houseman’ in the long-awaited follow-up to the 1987 classic movie and hers won’t be the only familiar face. According to her, “It’s happening”, with filming set to begin in spring. Grey said that in the sequel: “Baby is quite a few years older. You will see a few other characters from the original. It’s tricky and also exciting.” She also confirmed that the new movie will share the same setting as the original. Grey, who will also executive produce the sequel, previously confirmed the late Patrick Swayze’s role as ‘Johnny Castle’ won’t be recast — but director Jonathan Levine has teased that Johnny will still be “a part” of the plot.

• Would you rather be free from junk mail or free from email spam for the rest of your life?

• Would you rather have amazingly fast typing/texting speed or be able to read ridiculously fast?

• Would you rather get one free round trip international plane ticket every year or be able to fly domestic anytime for free?

• Would you rather have a hamster-sized dog or a dog-sized hamster?

• Would you rather have spaghetti for hair or sweat mayonnaise?

All humans are 99.9% genetically identical.

Michael Jackson tried to buy Marvel so he could star in ‘Spider-Man’ movies.

The communicator (walkie-talkie) used in “Star Wars: The Phantom Menace” is actually a Gillette women’s razor.

According to British mathematician John Edensor Littlewood, you can expect to experience events with odds of one in a million at the rate of about one per month.

Question: 21% of us have done THIS to end a conversation on the phone. What is it?

A Florida woman is suing the parent company of Velveeta’s microwavable Shells & Cheese cups, because she says it takes longer to prepare the meal than the 3½ minutes the box label says. Amanda Ramirez is the plaintiff in the $5 million class-action lawsuit that was filed against Kraft Heinz Foods. The claim quotes the 4 steps to prepare the meal that are printed on the box, and alleges that the 3½ ready time is “just the length of time to complete one of several steps” (the time it takes to microwave the product), and doesn’t include the time needed to mix in other ingredients, as instructed in previous steps. The suit does not state how long it took Ramirez to prepare the cups for eating.

NAMES OF THINGS YOU DIDN’T KNOW:

⇒ The space between your eyebrows is called a “glabella”.

⇒ The coating at the end of your shoelaces is called an “aglet”.

⇒ When your stomach rumbles, that’s a “wamble”.

⇒ The lights you see when you close your eyes and rub them are “phosphenes”.

⇒ The tiny plastic thing place in the middle of a pizza box is a “box tent”.

⇒ Your little finger or toe is called the “minimus”.

⇒ The wired cage that holds the cork on a bottle of champagne is called an “agraffe”.

⇒ The ‘na na nas’ and ‘la la las’ in a song that don’t have any meaning are called “vocables”.

⇒ When you combine a question mark with an exclamation mark (?!), that’s an “interrobang”.

⇒ That sick feeling you get after eating or drinking too much is called “crapulence”.

My theory is that all of Scottish cuisine is based on a dare. - Mike Myers