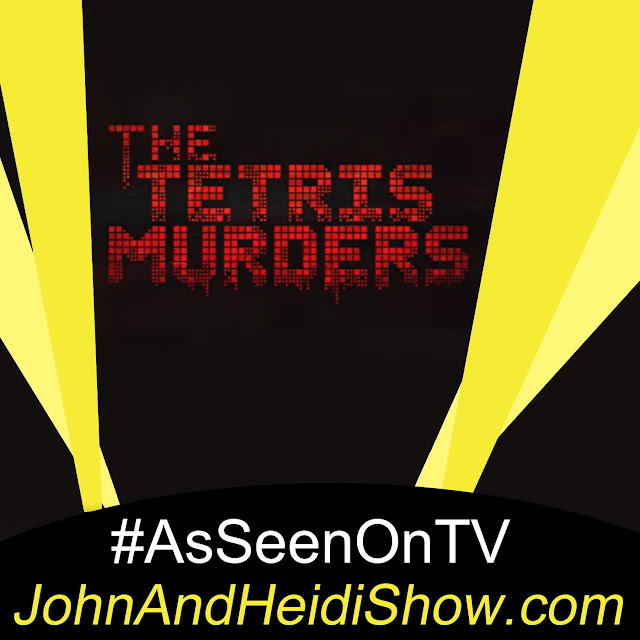 Today we visit with Sandra Brown. She was an officer on the scene, and is now part of the three-part series “The Tetris Murders” premiered December 5th on Investigation Discovery, and is streaming on Discovery+.

While some people complain about “Christmas creep”, where it seems like stores start their holiday decorating and promotions earlier and earlier every year (and start playing Christmas music earlier…), according to a survey, half of us (54%) wish the holiday season lasted longer! A OnePoll survey asked 2,000 US adults about how they spend their time during the holiday season, and 52% said they try to fit in as many festive activities as possible. While most said up to 2 more weeks would be good, if you can believe it, 41% wouldn’t mind it a bit if the holidays went on even longer. 44% of respondents said it starts feeling like the holiday season to them in November…and 35% said they start to feel the excitement of the holidays in September and October.

“Goblin mode” has been chosen as the 2022 Oxford word of the year. The term refers to “a type of behaviour which is unapologetically self-indulgent, lazy, slovenly, or greedy, typically in a way that rejects social norms or expectations”. It’s the first word of the year to have been decided by public vote. Given a choice of 3 words (or phrases/hashtags), narrowed down by lexicographers from Oxford University Press, more than 340,000 English speakers around the world cast votes, making “Metaverse” the second choice, followed by “#IStandWith”. Goblin mode scored 93% of votes cast.

Prince Harry and Meghan Markle first met — on social media. In their Netflix docuseries, “Harry & Meghan,” which was released yesterday, the Duke and Duchess of Sussex explain how their relationship came about in the summer of 2016. Harry recalled: “I was scrolling through my feed, and one of my friends and someone who was a friend (of hers) had this video of the 2 of them, like a Snapchat…“I was like, ‘Who is THAT?’” Markle said her friend later told her that Harry was interested in meeting her. She investigated Harry’s Instagram, which, she said is the “best barometer”, and found “it was just like beautiful photography and all these environmental shots and this time he was spending in Africa.” Pleased with his feed, the pair exchanged phone numbers the next day — kicking off a royal love story.

Two trailers for the new “Harry & Meghan” Netflix docuseries have been criticized for allegedly using footage and photos in misleading ways. The trailers show archive clips and pictures as Prince Harry and Meghan talk about being sidelined by the Royal Family and hounded by the media. But it is thought at least 3 of the images were taken from events that had nothing to do with the couple. This includes a photograph of paparazzi, which is said to have actually been taken at a “Harry Potter” premiere, 5 years before the duke and duchess met. Another allegation is that an image was cropped to suggest the couple were left on the edge of a royal event, when they were in fact front and center. There is also a suggestion that another photo was used to illustrate press intrusion, when it was actually taken at an event where all photographers present were controlled and agreed upon in advance. Netflix and the Sussexes’ production company have not commented.

They say that good fences make good neighbors – but that doesn’t help if they’re too loud. And that’s a shame. Because according to a new study, noisy neighbors don’t just affect your quality of life…their racket is more annoying than any other nuisance, and it might even give you heart disease! Markus Mueller-Trapet of the National Research Council of Canada conducted sound experiments and discovered that “impact” sounds made by noisy neighbors, such as stomping feet and dropping objects on the floor, are more annoying than more general and continuous sounds such as a TV or loud speech. The company notes that long-term exposure to these unwanted sounds could potentially trigger cardiovascular problems and sleep disturbances. And with the increased population density of urban areas over the last few decades and the rise of working from home, the researchers believe this topic is more relevant than ever before.

The average woman has 17 square feet of skin. It stretches to 18½ square feet during pregnancy.

The inventor of rolled toilet paper filed his patent in 1891, clearly showing in illustrations that the paper should hang OVER the roll, not under it.

The words Arctic and Antarctic can be traced to the simple meanings: “Bears” and “Opposite the Bears.”

Question: 40% of adults say they wish they could change THIS about themselves. What is it?

A New York man who bought 300 iPhones from the Apple flagship store on Fifth Avenue in New York was robbed just moments after walking out of the store. He left the Apple store in Manhattan at 1:45am, carrying his purchases in a few branded “Apple” bags like it was no big deal. What could go wrong? While making his way to a vehicle, he was held up, losing 125 smartphones worth about $95,000. Police say the unnamed 27-year-old was a regular at the store, and regularly bought high volumes of iPhones, which he resold through his small business. Because of his buying habits, police say there is a possibility that the robbers had been monitoring him. No arrests have been made.

Actual things said by patrons, as reported by library workers…

☞ Patron: “I need public records”. Librarian: “Which ones?” Patron: “All of them.”

☞ Mom to her kids: “BE QUIET YOU LITTLE TURDS! THIS IS A LIBRARY!”

☞ Patron: “Do you have any books by the famous American author Hemmingstein?”

☞ Patron: Can you help me find a book about the real meaning of Christmas? Nothing religious, though.”

☞ Student at college library, after the librarian found the reference book the student had requested: “So…can you, like…rent these or something?”

☞ Patron (rolling up shirt sleeve): “Is this herpes?”

Lead me not into temptation; I can find the way myself. - Rita Mae Brown

Every Christmas, This Woman Hands Out Hundreds Of Stuffed Animals To Seniors
https://www.sunnyskyz.com/good-news