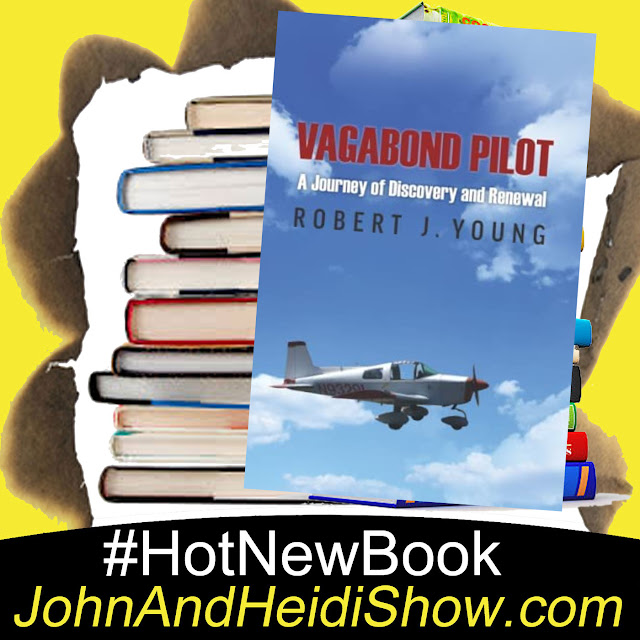 After decades of research into man’s best friend, scientists have concluded that the tail cannot, in fact, wag the dog. An international team decided to investigate the purpose of the dog’s tail after studies showed that numerous animals from lizards to squirrels use their tails to pull off impressive maneuvers, such as righting themselves mid-air when falling from trees. The researchers’ work showed that dogs’ tails are not as critical for agile movements as they are for other animals. Moving the tail mid-jump was found to change the dog’s trajectory by a mere fraction of a degree. The scientists say this indicates that for a dog, the tail is mainly utilized for communication and pest control.

Oprah Winfrey capped off 2022 with a 10-mile hike and a celebratory loaf of her favorite thing: bread. The queen of all media chronicled the expedition she dubbed a “gratitude hike,” with friends, including “CBS Mornings” anchor Gayle King, in a series of Instagram videos. In them, Oprah wears a bubble-gum pink tracksuit and hiking gear as she marches up hilly terrain, and says: “A year ago, I had knee surgery…I couldn’t walk, period…So I am an ad for new knees.”

The status of HBO’s burgeoning ‘Westero’s franchise is even more uncertain after George R.R. Martin’s latest blog post. The author behind “A Game of Thrones” posted a long update, touching on many of his current projects. In the process, he revealed that “a couple” of the Game of Thrones spinoff shows “have been shelved.” HBO has been developing prequels, sequels and spinoffs of Game of Thrones for years, and several of them were dropped before House of the Dragon aired in the fall. Martin says he’s still working on “several of the successor shows” and although some are now off the table, “You can take something off the shelf as easily as you can put it on the shelf.”

WORDS AND PHRASES BANNED FOR 2023:

Michigan’s Lake Superior State University has released its 2023 “List of Words Banished From the Queen’s English for Misuse, Overuse & General Uselessness”. Here is this year’s crop — and why they are no longer to be used, effective immediately…

✗ G.O.A.T: The acronym for ‘Greatest of All Time’ doesn’t require a genius to determine the literal impossibility and technical vagueness of this wannabe superlative.

✗ Gaslighting: On one hand, its overuse has watered-down its connection to the real concern it used to identify: dangerous psychological manipulation that causes victims to distrust their thoughts, feelings, or perception of reality. On the other hand, people are now using the term incorrectly to refer to any conflict or disagreement.

✗ Moving forward: This overused term is often used by politicians and other leaders for their own self-interest, evasion or disingenuousness.

✗ Amazing: A worn-out adjective used by people who are short on vocabulary.

✗ Does that make sense? Saying that phrase is needy, scheming and/or cynical. And passive aggressive.

✗ Irregardless: Uh, it’s not a word. Is that a good enough reason? ‘Regardless’ is sufficient.

✗ It is what it is: This phrase was also ‘banned’ in 2008 because of its pointlessness, and the fact that using it is basically a “cop-out”.

Ancient Egyptians slept on pillows made of stone.

The first Fords had engines made by Dodge.

Studies show that when people fall in love, they lose an average of 2 close friends.

In England, the Speaker of the House is not allowed to speak.

Question: 46% of singles say they want to know THIS about someone before going on a date with them. What is it?

An Alabama hospital said a baby born there recently beat odds of 133,000-to-1 to be born on the same day as both parents. The Huntsville Hospital for Women & Children said in a Facebook post that Cassidy and Dylan Scott welcomed daughter Lennon on Dec. 18, giving her the same birthday shared by both of her parents. The hospital said it was a "one in 133,000" chance of the mother, father and baby all sharing the same birthday. The post said Cassidy Scott had actually gone into labor on the 17th, but Lennon wasn't born until 12:30 a.m. on the 18th.

• Are children who act in rated ‘R’ movies allowed to see them?

• Can a hearse carrying a corpse drive in the carpool lane?

• Can crop circles be square?

• Can you cry under water?

• Can you daydream at night?

• Can you “stare off into space” when you’re in space?

• Can you still say “Put it where the sun don’t shine ” on a nude beach?

• Did Noah have woodpeckers on the ark? And if he did, where did he keep them?


Never under any circumstances take a sleeping pill and a laxative on the same night. - Dave Barry

Man Breaks Into School And Saves Over A Dozen People During Blizzard
https://www.sunnyskyz.com/good-news/