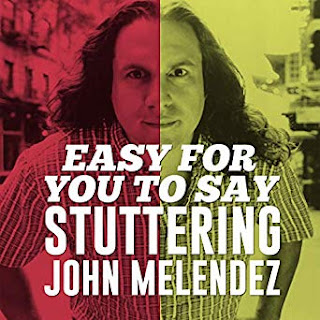 IS IT A GOLF COURSE... OR IS IT A REHAB CENTER!
Brought to you by TimeForRehab.com
I'm going to give you the name of a REAL place...I want you to tell me if it houses a GOLF COURSE or a REHAB CENTER!

A quartet of fast-food workers sold methamphetamine from a Wendy’s in Georgia, according to police who raided the eatery and busted the employees on narcotics charges. Investigators allege that the Wendy’s employees sold small amounts of meth both in the parking lot and inside the restaurant in Canton, a city about 40 miles north of Atlanta. Members of a narcotics task force executed a search warrant at Wendy’s, while simultaneously arresting the restaurant’s manager, a cook, and two other employees. Cops say the meth sales had been occurring for several weeks. The Wendy’s location was closed during the police raid but has subsequently reopened for business, although they are now short several employees. (https://goo.gl/P8MY4X)

BIG SCREEN-LITTLE SCREEN:
Brought to you by ChannelSurferTV.com (get TV with NO monthly fee)
Jersey Shore star Mike “The Situation” Sorrentino will begin his eight-month prison sentence for tax fraud in January of 2019. (https://pge.sx/2GHsr4h)

Kylie Jenner was named the new face of Instagram back in August.
(http://goo.gl/vwQWkw)

Back in September, 79-year-old Al Pacino announced the he was dating an actress half his age. Israeli Actress Meital Dohan stars in the series “Weeds.”
(https://pge.sx/2Thl4SN)

Maybe it's time to ditch your car. People who ride their bike most places instead of driving their car weigh less -- almost nine pounds less, on average. That's the word from European researchers, who surveyed 11,000 people in seven European cities and found that cyclists are skinnier than drivers. While this does not prove a direct link between one's choice of transportation and one's weight, it is an intriguing finding. To that end, the research team, led by Audrey de Nazelle from Imperial College London, will follow an additional 14,000 volunteers in London, Rome, Vienna, Zurich, Antwerp, Barcelona and Orebro to assess the relationship between their primary mode of transportation and their weight. The project has a fun name: PASTA, which stands for Physical Activity Through Sustainable Transport Approaches. It is hoped that additional data collected over time will find a direct link between transportation decisions and health. Admittedly, much of this is determined by urban design. The ease of walking or cycling in a city plays a vital role in whether people are realistically able to ditch their cars. Still, purposeful exercise -- walking to the grocery store or biking to work -- is an ideal way to tackle the epidemic of inactivity and obesity.

Five a day is not enough. To add years to your life, eat 10 daily servings of fruits and vegetables, say British researchers, who have found that packing our diet with everything from apples to zucchini lowers our risk of heart attack, stroke, cancer and early death. Ten a day is such a powerful recipe for good health and longevity that the team from Imperial College London estimates that if everyone around the globe did this, a staggering 7.8 million premature deaths worldwide would be avoided every year. To arrive at this conclusion, the Imperial College London scientists analyzed 95 previous research studies that included almost 2 million people. How much is 10 servings a day? It's about 800 grams of produce. This translates to 10 small bananas or apples or 30 tablespoons of cooked spinach, peas, broccoli or cauliflower. Which types of produce are most beneficial? The greatest health benefits were found with apples, pears, citrus fruits, green leafy vegetables, cruciferous vegetables (such as broccoli, cabbage and cauliflower) and green and yellow vegetables (such as green beans, spinach, carrots and peppers). While the current recommended amount is five portions of fruits and veggies, 10 portions are better. If that seems too much for you, don't despair. Even two servings a day can make a difference in your health, reducing your risk for heart disease, stroke, cardiovascular disease, cancer and premature death.

We’re more prepped for a zombie invasion than you ever knew!
The actual U.S. Centers for Disease Control and Prevention has a real website devoted to “zombie preparedness.”

THE WORD OF THE DAY!

1) To exclude by common consent

When John decided to convert to his wife's religion, he was OSTRACIZED by his own family and friends.

Maybe you've heard about Daniel Rushing. He's the 65-year-old Good Samaritan who drove a friend to chemo, then a fellow churchgoer home, then got arrested and jailed for having crystal meth in his car. No - it wasn't crystal meth. It was sugar flakes from a Krispy Kreme donut he ate in his car. All this went down in December of 2015, and yes, you bet he sued. Daniel is now $37,500 richer after settling with the city. So how do the cops make that kind of mistake to begin with? Blame the cheap drug-testing kits that law enforcement rely on in the field which have been proven to be inaccurate 21% of the time. The results of these kits can be marred by everything from weather to human error. In Rushing's case, the cops weren't trained correctly in using the kits. Amazingly, Rushing says he has no hard feelings and says his goal now is to get his arrest wiped: He's trying to get security work and having a hard time due to his record. (Orlando Sentinel)

Authorities in Warrenville, South Carolina have charged 31-year-old Albert Davis with murder after he gave a 3-year-old boy a loaded gun and told him to chase another man, 24-year-old Timothy Johnson, around the yard of his home. Well, the kid pulled the trigger and Aiken County Sheriff's Sgt. Stephen Shunn said witnesses told deputies that Johnson was shot in the chest. Davis is charged with murder, possession of a stolen handgun, and contributing to the delinquency of a minor. Deputies are still investigating why Davis gave the child the gun in the first place and whether or not Davis was angry at Johnson. (Newser)

New Dad is Given Special Surprise After He Drove Burning Car Out of Hospital Garage
https://www.goodnewsnetwork.org/travis-trent-drives-burning-car-out-of-hospital-garage/