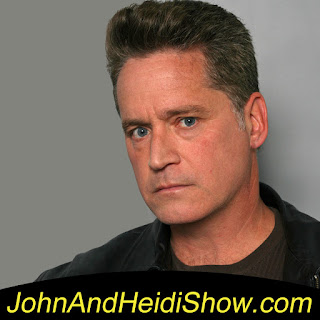 Peter Needham is an actor based in New England. He has been a part of several fun films, but one of my favorite projects is a fun video he did on YouTube. (LINK TO VIDEO https://www.youtube.com/watch?v=DWdxrPw1O9s)

A survey by The HILL found that the 2020 Election will be the most toxic ever. (https://bit.ly/2Y9CNBz)

When tracking down a suspect, law enforcement might use a K-9 to track down a scent. This was not necessary for a recent arrest in Missouri. According to the Clay County Sheriff's Office, over the weekend Liberty police were searching for a person who had a felony warrant for arrest. The person was wanted for possession of a controlled substance. The suspect hid to avoid police, but apparently let out a fart so loudly it gave up their hiding spot. “We’ve gotta give props to Liberty PD for using their senses to sniff him out!” read a Facebook comment from the Clay County Sheriff's Office. (https://bit.ly/2XXnOuq)

Multiple sources have confirmed that a black woman will plays James Bond in the next film. Producers have had enough of Daniel Craig. He’s been cranky on set the last three films. British Actress Lashana Lynch is taking over the role. (https://nyp.st/2Gdowtt)

Lindsay Lohan is headed back to TV to star in the upcoming season of “The Masked Singer.” (https://pge.sx/2GasTFt)

SCOOP OF THE DAY: Brought to you by BetterCreditCards.net
A study by the University of Exeter found that exercising regularly can lower your risk of dementia. (https://bit.ly/2JODW8G)

A Colorado corrections officer was busted for smuggling heroin into prison inside a burrito. Police say he sold the burritos to inmates for $50. (https://bit.ly/2NIwXTN)

A massive build-up of garbage is causing health fears in the city of Rome. (https://yhoo.it/2Y5B1S3)

Scientists in Greece have discovered an ancient pyramid on the Aegean Islands that reveals the beginnings of Greek civilization. But there’s a lot of skepticism about this report in Greece.
(https://bit.ly/2xRV8Ek)

Princess Diana’s used workout gear has sold for $53,000 at a Hollywood auction to an anonymous bidder.(https://nyp.st/2NXEGNT)

Autophobia… Fear of oneself or of being alone.


WEIRD NEWS: Brought to you by WeirdGiftOfTheDay.com
A 38-year-old man in upstate New York was convicted for illegally trafficking and selling sandbar sharks, which are a protected species. Attorney General Letitia James and Department of Environmental Conservation Commissioner Basil Seggos announced Friday that Joshua Seguine will be sentenced Sept. 12th. The Dutchess County man pleaded guilty to Illegal Commercialization of Fish, Shellfish, Crustaceans, and Wildlife for the illegal possession with intent to sell seven Sandbar Sharks, a protected species under New York law. According to the felony complaint, Seguine came to the attention of DEC Law Enforcement in July 2017, after he was found in possession of five undersized sharks in the back of his truck in Georgia. According to authorities, Seguine admitted that he was transporting the sharks to New York State, where he intended to sell them, and that he possessed additional live sharks at his house in New York. (https://bit.ly/2JCaEeo)

A driver in Canada was charged with failing to properly secure a child after police say he strapped a toddler to a beer case instead of a car seat. Ontario Provincial Police pulled over a 22-year-old driver, who has not been identified, early last Tuesday morning. Police say a 2-year-old child was also in the car, sitting on a 30-can case of beer. The driver had allegedly put the case on the seat of his car and strapped the child to it. The toddler was not injured, but police charged the driver with failing to ensure the child was properly restrained. A child seat was brought to the driver, and Family and Children’s Services was notified of the incident. The Ontario Ministry of Transportation notes the province’s Highway Traffic Act requires children under the age of 8 use a certified child car seat or booster seat, with different regulations depending on their height and weight. (https://bit.ly/2Y7S0Db)
THESE THREE THINGS!

What do these 3 things have in common:
RAIN—DOWN—NIAGARA?
(They all FALL)