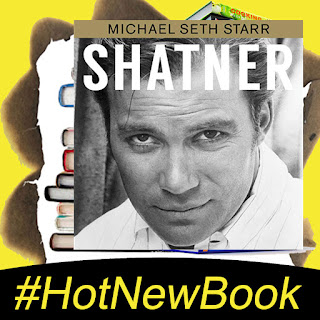 Michael Seth Starr lives in Northern New Jersey and has covered television at the New York Post since 1995 as a reporter, columnist, and editor. He has authored critically acclaimed biographies of Peter Sellers, Art Carney, Joey Bishop, Bobby Darin, Raymond Burr, Redd Foxx, and Ringo Starr, which was selected as one of People magazine’s "Books of the Week" upon its release in July 2015.

A study by the University of Lancaster found that Edgar Allan Poe did not kill himself, as was previously reported.(https://bit.ly/2vhCZ5d)

THIS IS YOUR BRAIN ON DRUGS: Brought to you by TimeForRehab.com!
Each day we share stories about people doing dumb things under the influence, but ADDICTION IS NO LAUGHING MATTER! If you or someone you know needs help, we're here! Learn more at TimeForRehab.com.
Kentucky police arrested a man after he reportedly broke into a women's home and stole underwear. The victim's brother told police that Nathanial Wylie was seen on video entering their home, according to arrest records. Police said surveillance video showed Wylie going through a hamper before putting a pair of underwear in his pocket and leaving the home, WKYT reported. A pair of underwear was found in a bin outside Wylie's home, according to police.
Wylie told detectives he, "had a couple drinks and decided, on a whim to break into her home. Wylie was arrested and is being held at the Fayette County Detention Center. https://www.wvlt.tv/content/news/Kentucky-man-reportedly-breaks-into-home-steals-underwear--568123271.html

ABC has green-lit a version of “The Bachelor” for senior citizens. (https://bit.ly/2T0TgEF)

ABC says it’s getting overwhelmed with applications for the senior citizen version of “The Bachelor.” (https://bit.ly/32z7gZE)

How long does it take you to recognize your favorite song when it comes on the radio? A study (University College London) finds that the brain is capable of recognizing familiar music in an incredibly short amount of time — within one tenth of a second of being played.

Highway patrol officers in Australia caught a woman eating her breakfast while driving. Officers observed the woman steering with her knees while holding a plate in one hand and a fork in the other.

Hasbro announced that Tiger Electronics is bringing back its handheld games from the 90’s, including Sonic The Hedgehog, Transformers, and The Little Mermaid.(https://bit.ly/38NoYuy)

The former director of the Center For Disease Control says kids could be the secret carriers of the Coronavirus because many of them don’t show symptoms.
(https://bit.ly/2vyZUJq)

High School Kids can’t party like we used to. Nowadays it’s harder to get beer and impossible to find cigarettes. (https://bit.ly/3a8u1X0)

FUN FACT FOR YOU:Share this with your friends... they'll think you're really smart!
For 100 years, maps have shown an island that doesn't exist. Almost nothing is known about Sandy Island, a land mass about the size of Manhattan in the Pacific Ocean off the coast of Australia. Supposedly, explorer James Cook discovered it in 1876, and it began appearing on nautical maps in 1908. It wasn't until 2012, when a team of Australian scientists set out to survey the island, that they discovered there was no island there at all. The scientists guessed that Cook may have in fact spotted a "pumice raft" of floating volcanic stone and gas. The Sydney Morning Herald even published an obituary for Sandy Island.

Dateline.... TOKYOThis summer’s Tokyo Olympics could be moved or changed due to the Coronavirus outbreak.(https://bit.ly/2vY1wfU)

An Ohio inmate’s brazen jailbreak attempt in January was caught on video, with the recording showing her falling through the ceiling of a holding room and landing headfirst in a trash can surrounded by cops. 42-year-old Jessica Boomershine was at the Montgomery County Jail facility in Dayton on January 21st when she dragged a chair across the floor of the holding room and tried to climb through the tiled ceiling. Surveillance video released by the county sheriff’s office shows Boomershine disappearing into the ceiling as other inmates appear to cheer her on. But seconds later, ceiling tiles fall to the floor and her legs reappear. One guard grabs Boomershine’s legs and pulls her down. She crashes headfirst into a wastebasket that then tips over. Boomershine was charged with escape and vandalism, according to county jail records. (https://fxn.ws/3csyHsP)

Talk about funny money. A New Jersey man faces charges after using a fake $100 bill to pay a clerk at a gas station on Christmas Day. 20-year-old Thaimu Kargbo reportedly drove his BMW to an Exxon gas station on Dec. 25th. According to police, he got gas, then handed the clerk the fake $100. He later told cops he was “surprised” the gas station employee took the bill. While the faux cash does look like a traditional $100 note, on both sides in rather large lettering are the words, “For Motion Picture Use Only.” It also states, in smaller type, “This note is not legal, it is to be used for motion pictures.” During the investigation, the gas station’s owner realized that the suspect also had stolen gas from the station on the day before Thanksgiving. Detectives eventually tracked down Karbo and he turned himself in to police on Feb. 18th. He was charged with one count of theft and one count of fraud. (https://bit.ly/2TiFyMr)

FAKE NEWS.... OR FLORIDA?!
I read a headline and Heidi (and you) need to guess if the story is FAKE NEWS or something that really happened in the state of FLORIDA.
Police in Niceville say a naked man started a house fire while drunkenly baking cookies on his George Foreman Grill ….. FLORIDA (https://bit.ly/2ViJlcI)
GOOD NEWS: Brought to you by BetterCreditCards.com